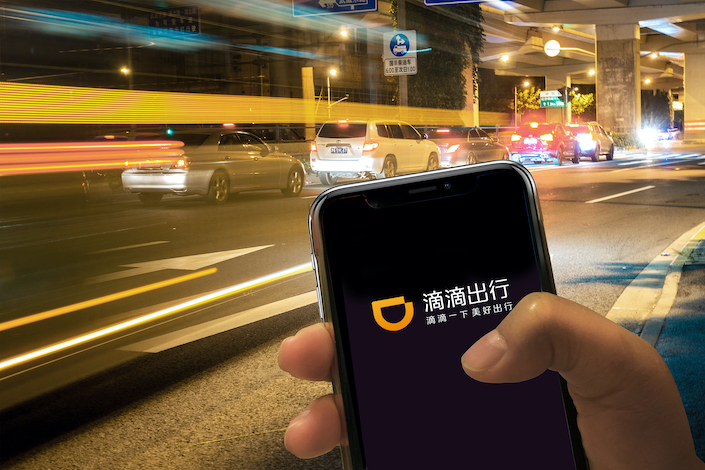 Chinese passengers may soon be able to use digital currency for ride-hailing.

Chinese ride-hailing giant Didi Chuxing is partnering with the central bank to explore the application of digital currency on its smart transport platform.

Didi joined a list of companies and banks to test the digital yuan being developed by the People’s Bank of China (PBOC) in real life scenarios. The new electronic medium of exchange is known as Digital Currency Electronic Payment (DCEP).

In April, the central bank confirmed that some state-owned banks are conducting internal trials of the digital currency in four cities and hypothetical use for the 2022 Winter Olympics in Beijing.

Screenshots of a purported pilot version of a wallet app for the digital currency, tested internally by state-owned Agricultural Bank of China, suggest that people can use the app to make payments using a QR Code and can send and receive funds by touching another phone.

A person at the Agricultural Bank told Caixin that Didi’s financial department had contact with the bank last year about conducting pilot programs of the digital currency in Xiong’an New Area, one of the four cities where the central bank is conducting closed-system DCEP trials.

The PBOC has been studying the development of a state digital currency since 2014. After China’s State Council included blockchain technology in its 13th Five Year Plan in 2016, the central bank established a research institute for the development of DCEP.

The central bank said in April that it has no timetable for the issuance of the sovereign digital yuan, but a series of partnerships has been announced since then, indicating that research and testing are progressing.

In April, Hong Kong-headquartered artificial intelligence specialist SenseTime signed an agreement with the Digital Currency Research Institute of the PBOC to broaden AI applications in the financial industry.

During a financial forum in Shanghai last month, Ravi Menon, the managing director of the Monetary Authority of Singapore, said his country is looking to exchange knowledge and expertise with China on digital currencies, and the two countries are exploring the possibility of Chinese tourists using DCEP abroad.