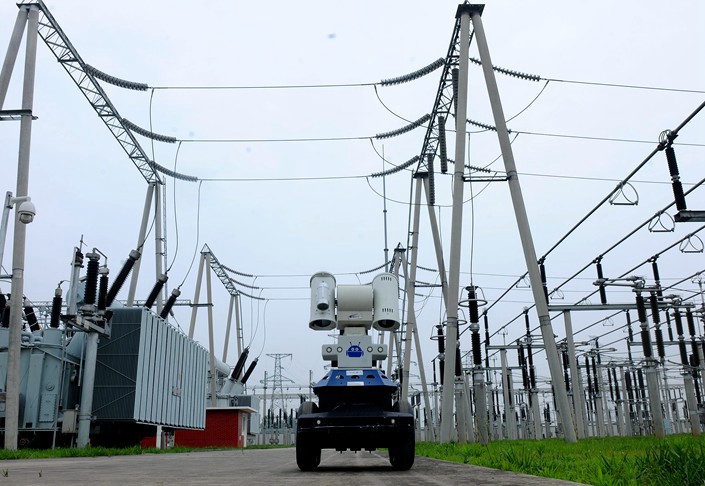 Huawei is the main equipment supplier to the project, which is based around an end-to-end standalone 5G network using 5G multi-access edge equipment (MEC).

China’s top electric grid operator has launched the first phase of a 5G-based “smart” power grid system in the coastal city of Qingdao, in partnership with telecom giants Huawei Technologies and China Telecom, under a pilot program aimed at better managing its core operations.

China has been aggressively building out its 5G networks since it awarded four licenses for commercial service last year, aiming to become a global leader in applications for the high-speed technology. The newly launched Qingdao project would be a dedicated network separate from those big national ones, aiming to use functions like high-speed, high-resolution video and rapid location-based monitoring to manage electricity flow, helping rapidly spot and address problems.

The launch of the joint project between Qingdao-based units of State Grid Corp. of China and China Telecom, along with a technology unit of Huawei, was disclosed by China Telecom on one of its websites on Saturday. Huawei is the main equipment supplier to the project, which is based around an end-to-end standalone 5G network using 5G multi-access edge equipment (MEC).

It will eventually be able to facilitate functions like intelligent power distribution, substation operation monitoring and grid situation awareness as well as managing power supply for 5G base stations.

Experts pointed out the new system could ultimately bring down costs and provide many major advantages for grid operators, including timelier and cheaper diagnosis of problems that are now normally done by people and other slower means. But they also cautioned it will take time, and in the short-term, construction of such systems could sharply raise costs for power grid operators due to the high expense of 5G equipment.

Rollout of the project comes just months after smart electric grid systems were one of seven types of 5G projects specified as priorities for development in a March document issued by China’s telecom regulator and its state planner, which determines such big strategic investment priorities. Other areas listed in the document included smart medicine, smart education, and internet-plus technology.

The smart grid model in Qingdao could eventually be replicated and promoted in other parts of China, though that could take some time since it must be customized to meet the individual needs of various geographic areas, said Zeng Ming, director of the internet power research center at North China Electric Power University.

Zeng added that such networks could ultimately perform other functions as well.

But at least over the short term, the addition of such technology will drive up grid operators’ costs, and therefore they should explore such technology in a rational manner, said Zhang Shuwei, head of the Draworld Environment Research Center in Beijing. He added it will also be important for system developers to work with regulators to make sure they comply with regulatory requirements.