By Ye Zhanqi and Flynn Murphy 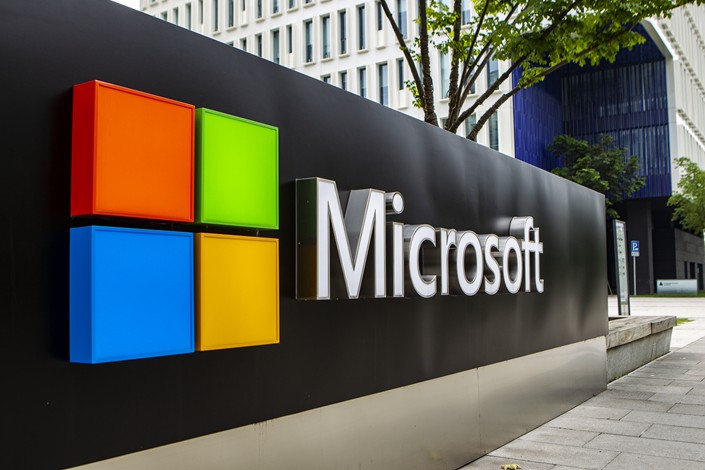 Microsoft raised eyebrows when it launched the chatbot, modeled on what it describes as a “sometimes sweet, sometimes sassy and always streetwise ... virtual teenager,” in China in 2014.

The U.S. software and hardware giant will take a small share of the new company, which will hold all of Xiaoice’s brands, products and existing contracts, as part of a move that it hopes will draw in external investors.

It’s a rare move by Microsoft, which said it was trying to grow a local commercial ecosystem for the chatbot and its supporting technology. Analysts said it could give the new company more freedom to evolve special traits and qualities for the China market where it is based.

Microsoft raised eyebrows when it launched the chatbot, modeled on what it describes as a “sometimes sweet, sometimes sassy and always streetwise ... virtual teenager,” in China in 2014. The bot also appears to have raised the ire of Chinese authorities for sailing close to the wind on topics they deem controversial — sometimes when baited by users to do so.

In a fawning PR profile of the chatbot and its underlying software architecture, Li Di described Xiaoice as an “empathic computing framework.”

“She doesn’t try to answer every question posed by a user. And, she’s loath to follow their commands,” the profile reads. “Instead, her conversations with her often adoring users are peppered with wry remarks, jokes, empathic advice on life and love, and a few simple words of encouragement.”

Why a virtual teenager should be giving adult users romantic advice was never explained, but the strategy behind the bot was. Every interaction, every love letter, gift and confession made to the chatbot was fuel for its deep learning algorithm. “She is using her interactions with humans to acquire human social skills, behavior, and knowhow… The more data a machine has, the more it learns and the more it can do.”

But the fact that the chatbot is uniquely designed for conversation, rather than to answer simple questions or obey commands like most bots, could be a blessing or a curse as the company seeks out new ground.

Lu Yanxia, a big data and artificial intelligence researcher at market researcher IDC’s China arm, said it was still unclear why Microsoft had chosen to jettison Xiaoice, how it would operate or what plans it had in the pipeline.

“After the spin-off, Xiaoice will benefit from building an ecosystem in the Chinese market by strengthening its Chinese language and regional dialect capabilities and acquiring more local traditional industry customers,” Lu told Caixin.

The spin-off is unlikely to make waves in the short term, as there are already plenty of smart assistant firms with stable customer relationships. But given Microsoft’s brand recognition and influence, Xiaoice’s potential to become a powerful player in the future should not be overlooked, Lu said.

One current investor in Xiaoice told Caixin the new company would be valued at around $700 million, but that they were still considering whether to buy into the new firm due to concerns about its business model. Caixin granted the investor anonymity so they could speak candidly.

Rumors that Xiaoice would be spun off have persisted for years before reemerging last month. Rocky Sino-U.S. relations and concerns about a technological cold war are thought to have accelerated the move.

Xiaoice has R&D teams in Beijing, Suzhou and Tokyo. It claims some 660 million online users and 450 million third-party smart devices, as well as business customers in the finance, retail, automotive, real estate and textile sectors.

Around 130 to 140 full time staff are expected to lose their jobs as a result of the move, with the new company retaining 50 to 60 staff in China and 10 in Japan.