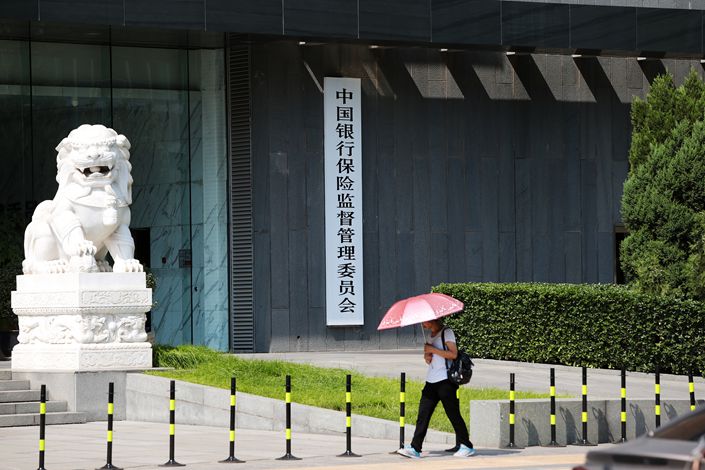 The Beijing headquarters of the China Banking and Insurance Regulatory Commission.

China has allowed 18 provincial-level governments to recapitalize some small and midsize banks with money raised from the sale of special-purpose bonds (SPBs), a banking official said, in an effort to boost credit to businesses amid the Covid-19 pandemic.

SPBs are a kind of local government debt that fund infrastructure and public welfare projects that are commercially viable and generally repaid from revenue generated from the specific projects they fund. Unlike general bonds, usually they cannot be repaid from fiscal revenue. This year’s total SPB quota is 3.75 trillion yuan ($535.8 billion), almost 75% higher than 2019’s allocation.

A quota of 200 billion yuan of SPBs has been earmarked for the initiative, said Liu Rong, a deputy chief of the city commercial bank supervision department at the China Banking and Insurance Regulatory Commission (CBIRC). Caixin first revealed this quota in June.

Local governments will purchase convertible bonds issued by lenders as one channel for investment, the State Council, China’s cabinet, said at a meeting on July 1.

Local governments are also required to make plans detailing the amount of money they will inject into small and midsize banks and how the money will be used, Liu said at a Thursday news briefing. Local governments must also evaluate the banks’ businesses and assets.

Local governments won’t be allowed to inject the money until they receive approval from the CBIRC and the Ministry of Finance, according to a document delivered at the briefing.

Policymakers have stepped up efforts this year to tide over funding-starved small and midsize enterprises and prevent a wave of bankruptcies and layoffs.

But while companies need loans, small and midsize banks are facing constraints to their ability to provide the money. Of the 4,005 small and midsize banks in China, 605 did not meet the minimum required capital adequacy ratio of 10.5%, which is a key measure of a lender’s ability to absorb potential losses and protect depositors, according to central bank data (link in Chinese) released in April.

The CBIRC document showed that the capital adequacy level of city commercial banks may fall in the next three years given their increasing efforts to support the real economy, which exposes the banks to higher credit risk.