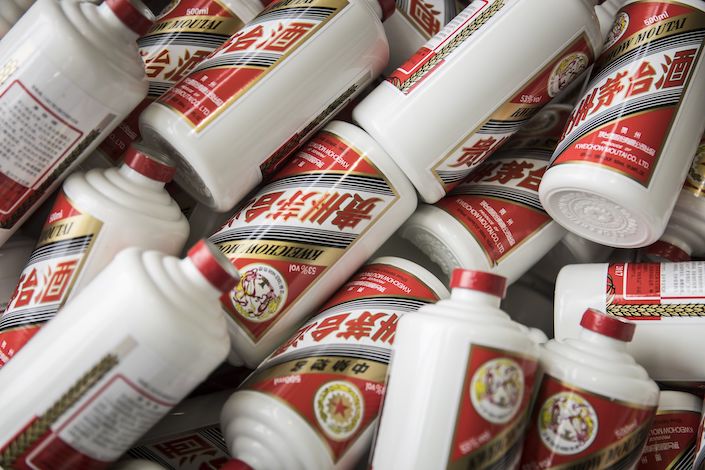 (Bloomberg) — Kweichow Moutai Co. fell the most in nearly two years after the influential People’s Daily took aim at the high price of the liquor it makes, saying the alcohol was often used in corruption cases.

Moutai, China’s biggest domestically listed company, tumbled 7.9% in its worst decline since October 2018, wiping out a record $25 billion of value. Moutai’s products are often involved in the country’s official corruption cases and used for bribery given their high prices, according to a commentary carried by a WeChat account owned by the People’s Daily.

The comments were seen as the latest efforts by officials to cool sentiment in the nation’s equities after retail investors took on the greatest amount of leverage in five years to speculate in stocks. Targeting Moutai, one the most popular stocks in the country, is also a tried and tested strategy: In 2017, Xinhua News Agency said the stock was rising too fast, triggering a wider sell-off.

“Both Moutai shares and its products are hot investment targets, and cracking down on them signals the regulators’ determination to remove froth from the A-share market,” said Zhang Gang, a strategist at Central China Securities Co. “Moutai is such a heavyweight, and if this bubble keeps building, the aftermath will be terrible if it bursts. Policymakers don’t want to repeat the history of 2015.”

A leverage-fueled bubble five years ago wiped out $5 trillion of capitalization, burned retail investors and shook confidence in regulatory oversight of the stock market. Officials started taking measures to calm the current rally at the end of last week after the SSE 50 neared its 2015 high, with government-owned funds announcing plans to trim holdings of stocks that had soared.

Targeting Moutai was a bold step. The distiller had a market value of $320 billion at its peak Monday, making it one of the world’s largest companies by market value. The shares surged almost 50% this year before Thursday’s plunge, after doubling in 2019.

Investors have been encouraged by Moutai’s ability to keep raising retail prices for its products, which can take as long as five years to distill. The company has found itself in official sights before. Back in 2013, the stock plunged when Xi Jinping came to power and clamped down on lavish spending by party cadres.

“Alcohol is meant for drinking, not for speculation or corruption,” the People’s Daily said.