State Plants $12.7 Billion ‘Green Fund’ on Banks of the Yangtze 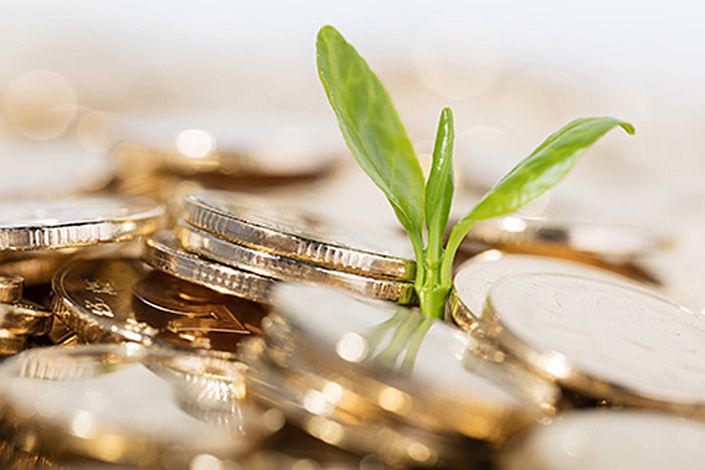 The fund is aimed at “strengthening the construction of ecological civilization.”

China’s Finance Ministry and the city of Shanghai are leading a group of 26 mostly state investors setting up an 88.5 billion yuan ($12.7 billion) green investment fund, as part of a broader national effort to promote environmental protection.

The nation’s “big four” state-owned banks put out separate announcements late on Thursday stating they would provide 8 billion yuan each to National Green Development Fund Co. Ltd., accounting for more than a third of its total capital. The Finance Ministry will be the fund’s single biggest contributor and stakeholder, providing 10 billion yuan.

The fund is aimed at “strengthening the construction of ecological civilization” and is meant to “guide social capital to invest in green development fields such as pollution control, ecological restoration and spatial greening, energy conservation and utilization and clean energy,” Bank of China said in its statement. All four banks, including leading lender Industrial and Commercial Bank of China (ICBC), said they will make their 8 billion yuan contributions over five years.

“The investment is a strategic decision for the bank to serve the real economy and contribute to the sustainable development of the economy and society,” ICBC said in its statement. “It is also another major measure taken by the bank to carry out the concept of green development and to assume responsibilities of a big bank.”

The fund will focus on the Yangtze River Economic Belt, which consists of 11 provincial-level regions along the world’s fourth longest waterway, anchored by Shanghai, China’s commercial hub at the river’s mouth. Those 11 regions will contribute a total of 18.6 billion yuan either directly from their local finance ministries or from major local state-owned enterprises.

Reflecting the important role being played by China’s commercial hub, the Shanghai city government is one of the fund’s three principle founders, alongside the Finance Ministry and the Ministry of Ecology and Environment. Shanghai’s largest banks are also participating, including Bank of Communications, Shanghai Pudong Development Bank and Bank of Shanghai.

Bank of China, often considered one of the most international of the “big four” banks, made reference to the role being played by Shanghai in its statement.

“The investment is an important measure for the bank to shoulder its social responsibilities and support the development of the green industry,” it said. “Besides, it is also an important fulcrum supporting the construction of Shanghai as an international financial center and the development of green finance, contributing to the bank’s related business development and brand value promotion.”

China has placed increasing emphasis on environmental protection over the last decade, following its rapid economic buildup that propelled it to the world’s second largest economy but also left it with a legacy of heavy environmental degradation. In addition to cleaning up its own pollution, the country also hopes to develop the sector to create cutting-edge technologies that can be exported.

Two of China’s largest focus areas to date have been on renewable energy such as wind and solar, and new-energy vehicles.

The new fund traces its roots to 2016 when the Finance Ministry, China’s central bank, its state planner and several other agencies issued a document proposing such initiatives. That document also encouraged local governments to take similar steps by setting up their own local green funds. Several have done that since then, including Henan province, which set up a 16 billion yuan fund last year, and Shandong province, which set up a similar 10 billion yuan fund in 2017.

But such initiatives don’t always line up with global standards, as reflected by China’s separate green bond program that also dates back around five years. China is now one of the world’s largest issuers of green bonds, selling 968.6 billion yuan worth between 2016 and March of this year, according to a research note (link in Chinese) from Golden Credit Rating International Co. Ltd.

But some of those bonds didn’t meet global standards because of differences in the definition of “green.” For instance, such bonds were allowed to fund fossil fuel projects, which are not normally included in many other countries’ definitions. But the nation is taking steps to change that aspect of the program, as fossil fuel projects were missing from the latest draft list of projects eligible for green bond financing published in late May.