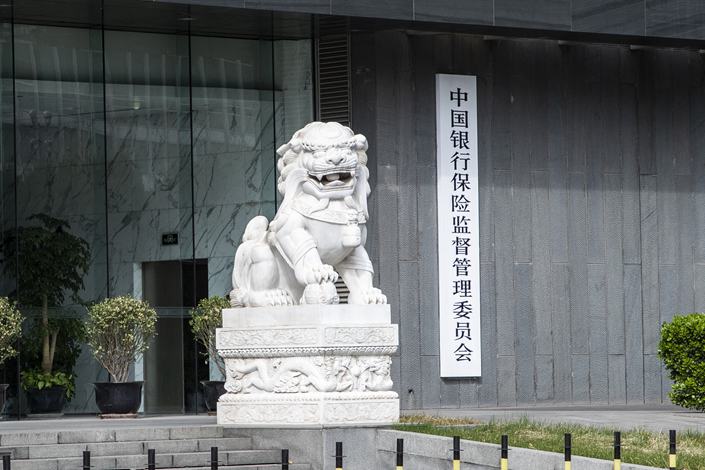 The size of the fines illustrates how China’s financial regulators are getting tougher on misconduct in the banking industry.

China’s top banking regulator is set to slap two commercial banks with more than 100 million yuan ($14.3 million) in fines each, marking the first time it has hit a bank with a penalty that high since early 2018, Caixin has learned.

The size of the fines illustrates how China’s financial regulators are getting tougher on misconduct in the banking industry. The China Banking and Insurance Regulatory Commission (CBIRC) has tightened supervision of banking institutions since 2017 in an effort to defuse risks in the financial system that had accumulated during a period of relatively loose oversight from 2015 to 2017. “Unless regulators impose penalties, banks won’t take (violations) seriously,” a senior financial regulator told Caixin. “This should have been done a long time ago.”

The fines were made based on the CBIRC’s findings from comprehensive onsite inspections in 2017 for a variety of misconduct related to their interbank businesses or corporate governance, among other aspects.

Zheshang Bank was fined mainly for its involvement in illegal interbank businesses, sources told Caixin. A once-obscure regional bank, Zheshang Bank expanded its assets by 130% from 2014 to 2017 by borrowing enormous sums on the interbank market and then investing in higher-yielding assets, Caixin previously reported. It has come under scrutiny after the regulator instructed financial institutions to cut back on their interbank businesses and reduce their off-balance assets.

Minsheng Banking was fined partly over two board members whose qualifications were never approved by the CBIRC. One of them, Yao Dafeng, then a senior manager of Anbang Insurance Group Co. Ltd., which had once been the bank’s largest shareholder, stepped down from the bank’s board after the government took over the insurer in February 2018.

In China, regulators are supposed to approve the appointments of board members and senior managers at banks.

As for Guangfa Bank, its fine stems from the illegal use of funds in real estate, individual loans and its wealth management business, sources told Caixin.

A source close to the CBIRC told Caixin that in the future, penalties for misconduct found during comprehensive onsite inspections of large and midsize banks may be as high as the fines levied in these three cases — all of which approached or exceeded 100 million yuan.

The last time that the banking regulator imposed a penalty of over 100 million yuan on a bank was in January 2018, when the regulator’s Sichuan branch fined (link in Chinese) a local branch of Shanghai Pudong Development Bank Co. Ltd. 461.8 million yuan for its internal control failures and other rule violations.

Zhou Liang, a deputy head at the CBIRC, said (link in Chinese) in July 2019 that the regulator had taken more than 6 billion yuan in fines and seizures since the beginning of 2017, more than they had over the entire preceding decade.