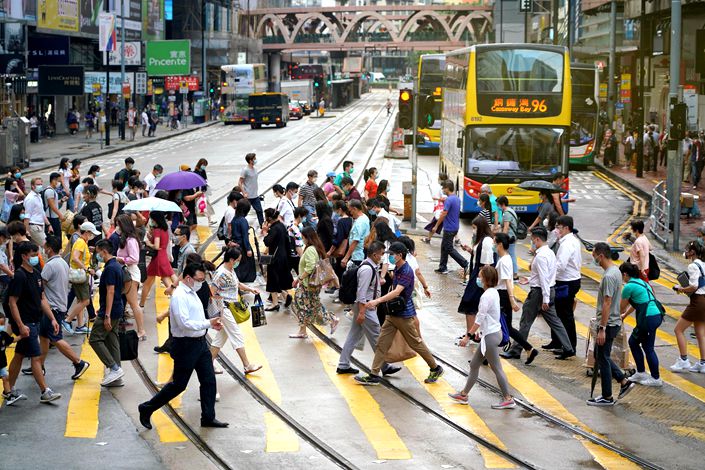 (Bloomberg) — Hong Kong reported a record 105 new local coronavirus cases as the city’s “most severe” situation since the start of the pandemic prompted health officials to expand virus-protection measures.

Of the additional local cases, more than half — 63 — were unlinked to previous Covid-19 cases, according to Wednesday data from the city’s health department. The Asian financial hub was caught off-guard by a sudden eruption of infections, and the number of untraceable cases signal that hidden chains of transmission are widespread.

“Hong Kong’s epidemic is at the most severe moment,” Sophia Chan, secretary for food and health, said Wednesday in a briefing. “I urge all citizens to stay in their homes and stop unnecessary outings.”

Outbreaks elsewhere in Asia are also raising alarms. Australia, once hailed as a success in containing the virus, hit a daily record for infections Wednesday. Tokyo’s infections now total more than 10,000 as Japan’s capital struggles to stamp out new clusters. The flare-ups are a sobering reminder of the difficulty of eradicating a pandemic that has sickened almost 15 million people worldwide.

Hong Kong officials are quickly imposing the strictest rules yet after easing guidelines over the past month. Effective Thursday, mask-wearing requirements will be expanded to indoor public venues — including malls, shops, supermarkets, markets and building lobbies, Chan said. The maximum fine will be HK$5,000 ($645). Public transport passengers are already required to wear masks.

The city will also extend a 14-day mandatory quarantine for those with travel history to the Chinese mainland, Taiwan and Macau to Sept. 7. The U.S. and Kazakhstan were added to a list of high-risk regions, meaning inbound travelers who have been to those countries in the previous 14 days must pass a virus test before boarding flights.

The government might further tighten virus-control rules if cases continue to surge, Chan said. The city dismissed speculation that Hong Kong will be imminently locked down.

The resurgence of cases in Hong Kong has been aggressive after a period when residents returned to normal life. While the city reacted quickly to the pandemic earlier this year, implementing mask-wearing and social distancing, complacency set in as daily local cases dwindled to near zero in mid-April.

In addition to the tighter new restrictions, the government is also scrambling to expand testing, quarantine and hospitalization facilities. For now, it is avoiding a lockdown as it tries to keep the economy open.

Lam Ching Choi, a member of Chief Executive Carrie Lam’s Executive Council and a doctor, said Hong Kong is seeking a strategy that balances public health, the economy and social acceptance in a city that has been rocked by anti-government protests. As a result, it isn’t aiming for zero cases through heavy lockdowns.

The doctor also noted the difficulty of shutting down restaurants, even though they are high-risk areas, because of the popularity of dining out in the city, as some families never cook at home. Hong Kong restaurants currently must stop dine-in services by 6 p.m.

“Our trust level is maybe the lowest compared with Western countries because of the social events that happened this year,” Lam Ching Choi said in an interview. “So we must listen to our people and not affect their work, their daily lives — like shopping or visiting their family members.”