Fisher: To Best the Data Devotees, Look for What They Overlook 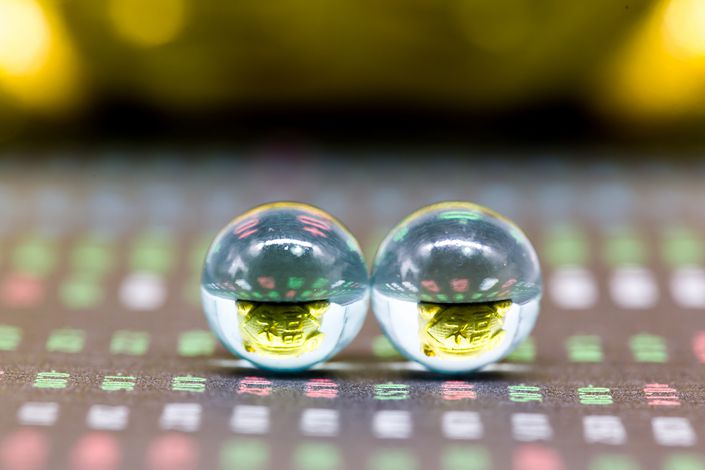 How can you gain an investing edge? That timeless question has confounded investors almost forever. Some see the answer in data — thinking quick data access lets them mine magical statistical relationships or patterns. For years Western quantitative fund managers have run vast sums on this premise. Now the “quants” are gaining steam in China, with domestic and foreign firms convinced more powerful number-crunching means bigger profits. Globally, belief in data’s dominance abounds.

But this approach suffers a huge flaw: Data has become a near commodity. A smartphone can harness almost endless data. Most professionals consider similar numbers and relationships. Simply, anything anybody can do holds no real investing edge. Today, successful investing requires analyzing the data devotees themselves, not mere numbers alone. Seek truths they shun. Let me explain.

Decades ago, in pre-internet days, information was scarce — hence, precious. You had to scrounge. In America, the morning newspapers carried yesterday’s news. Magazines arrived weekly or monthly — even older news. To perform deeper analysis, I often had to page through scarce esoteric library records and archives.

Using data was tough, too — no algorithms or spreadsheets to array figures easily and quickly test hypotheses. My father, Philip Fisher, possessed such high-powered data-crunching tools as a hand-crank comptometer and a pencil. Yet it was enough then for him to become an investing legend — one of two people famous American investor Warren Buffett cites among his influences. When I started, I had little more. Testing new theories required painstaking effort.

Four decades ago, I developed the price-to-sales ratio (PSR) to find overlooked value stocks. It worked wonders. PSRs compare a firm’s market capitalization to its revenues. In the 1980s, I used them to identify temporarily troubled and profitless firms whose stocks had been oversold. It took lots of effort. I gathered data from major New York media’s daily earnings coverage, quarterly company reports and monthly brokerage “stock guides” to calculate PSRs. It was tediously time-consuming. So I paid Goldman Sachs $25,000 for a one-time PSR screen of all New York Stock Exchange listings. It was a lot for me, but was very valuable because it worked!

PSRs worked then precisely because the data was scarce, hence others didn’t have them. Few conceived of comparing price to sales then, or had the time, tenacity or resources to deploy the PSR broadly. But after my 1984 book, “Super Stocks,” PSRs’ popularity steadily grew. Professors taught them. Demand for PSRs eventually made the data more available. So stocks priced them in, sapping the PSR’s power. What worked wonders once doesn’t now. Too easily available and widely known.

The evolution of the internet’s abundant, accessible data accelerated this process. Any widely known data — from price/earnings and price/book ratios to now-popular high-frequency metrics assessing Covid’s economic impact — can be yours in a few clicks. Wide familiarity and availability erode any edge. If anyone can do it, it holds little stock market power — always.

Don’t get caught in the data devotees’ wake. It’s pointless. Instead, find what they dismiss as wrong or too simple because of biases. Humans are wired to seek data supporting our pre-existing beliefs and dismiss contradictory information. Psychologists call this “confirmation bias.” It was hugely helpful for our pre-industrial ancestors because it reinforces the confidence necessary to face overwhelmingly difficult tasks where failure is common. But it hurts us in markets. Harnessing others’ susceptibility to bias can be your edge, though.

Right now, confirmation bias thwarts the data devoted. For example, most have expected small-cap value stocks — little firms with weaker balance sheets — to soar in this bull market’s early days. Why? Historical data says so! Bear markets usually pound small, low-quality firms most — priming them to surge when the next bull market begins. That’s one reason global small-cap value stocks soared 104.5% from the March 2009 global bear market bottom through that year’s end, trouncing global stocks’ 76.4% gain. Small value’s early bull market outperformance has a long, long data history — almost everyone knows it! So this time, data devotees jumped on the small-cap value train early. It hasn’t worked. Why? Everyone expected it to happen. When many believe something and everyone can do it, markets will pre-price it instantly. This is basic market theory and fact.

Data devotion also blinds many to contrary factors existing today. The ultra-swift contraction that hit when world governments locked economies down over Covid-19 didn’t give small value time to painfully grind lower and drive even the most staunch bulls to give in. The bear market was too fast to set up a big bounce effect. Instead, global small-cap value stocks dropped -42.1% in only a month and a half — scary, but not nearly long enough or big enough compared to the broad global market to spur mass capitulation.

Another example: Most growth stock investors focus on net profit — it’s burned into their brains. But gross profit margins are a much better gauge of today’s future growth potential, measuring discretionary cash to plow back into businesses for that purpose of growth. It’s the only way to internally fund material growth. Yet, few investors focus on gross margins to locate growth. Why? Habitual bias aimed at net profit margins obscures simple truth.

Remember: While data are cold and unfeeling, everyone interpreting them is biased and emotional — human. Investing successfully now is less about getting more data and more about recognizing others’ blinding biases.