How Much Do Overseas Funds Really Matter to China’s Bull Market? 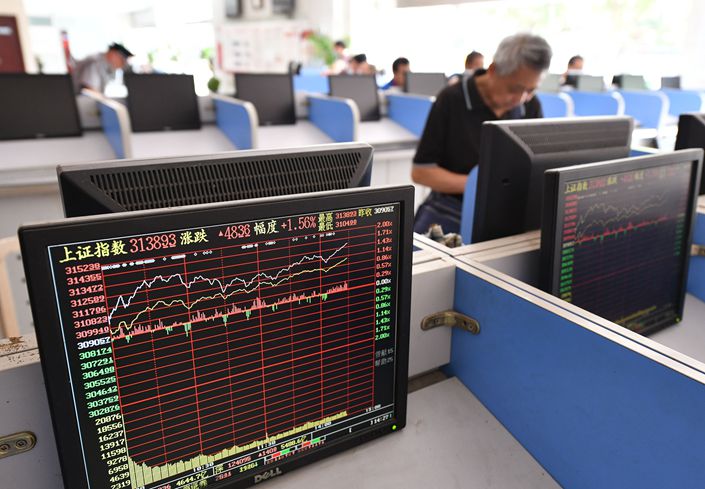 Northbound funds are often considered “smart money” as they are mainly controlled by institutional investors that are familiar with China’s investment opportunities.

Overseas funds played a significant role in leading A-share market sentiment during the bull market earlier this month, but their actual impact may be limited given their small share of the Chinese mainland market, some analysts said.

The movement of overseas capital into the A-share markets via Shanghai- and Shenzhen-Hong Kong stock connect programs — so-called northbound funds — is widely seen as significant in leading market sentiment. Northbound funds, mainly consisting of overseas capital and money from offshore Chinese businesses, are often considered “smart money” as they are mainly controlled by institutional investors that are familiar with China’s investment opportunities.

Such overseas funds played a significant role in the bull run this month, analysts said. In the beginning of July, the flow of northbound funds accelerated. In just three trading days from July 2 to July 6 when the A-share market rallied, northbound funds accounted for net inflows of 44 billion yuan ($6.3 billion), well above the amount in the whole month of May. On July 6, the mainland entered a technical bull market, rising over 20% from a recent low in March. But the net inflow turned into a net outflow on July 10 after a debate began over whether the bull market would continue.

A net 17.4 billion yuan of overseas capital fled the mainland market on July 14 when A-shares dropped following a bull run. That week, the net outflows of northbound funds amounted to about 19.1 billion yuan, marking the highest weekly net outflow in 17 weeks.

Read more
In Depth: Will China’s Bull Market Be Short-Lived?

“In terms of entering or leaving the market, northbound funds often act ahead of other market players, so the market often pays close attention to relevant data, which could be seen as a reference for investors to determine their next investment decisions,” a source at a securities firm said.

The fast influx and exit of overseas funds indicated that much of these funds tend to trade in a short-term manner, said Zhang Qiyao, an analyst of Guosheng Securities Co. Ltd. Though most northbound funds trade long-term, data showed that the share of funds that tend to trade short-term among all northbound funds has grown since the beginning of July, according to Zhang.

Wang Chunying, a deputy head and spokeswoman of the State Administration of Foreign Exchange, said at a briefing (link in Chinese) earlier this month that overseas funds only make up about 2% to 4% of the A-share market — well below 18% in the U.S. stock market — and can hardly drive the market.

“Overseas funds account for a small part of A-shares, and will flee once they make their gains,” a source of a privately offered fund company said. “Domestic capital is the decisive force in terms of the trend of the A-share market.”

Individual and institutional investors flocked to the A-share market earlier this month, using large amounts of borrowed money to buy in. Illegal margin financing activities played a part, and on July 8, China’s securities regulator named and shamed 258 funding platforms that illegally lent money to investors who then sank it into stocks. Some investors even took out consumer loans to invest in the stock market, which violates regulations.

Xu Gao, chief economist of BOC International (China) Co. Ltd., said that investors can remain optimistic about the domestic stock market’s performance in the second half of the year, but it won’t likely resemble the bull market of 2015. However, some other economists have warned about downside risks to the market.