By Anniek Bao and Shen Xinyue 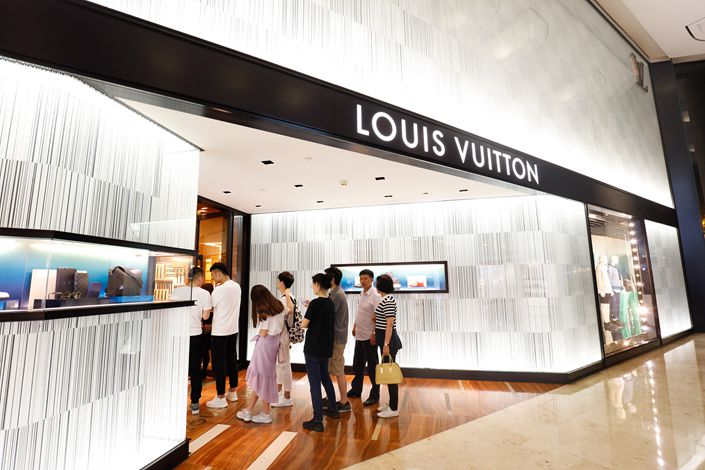 Shoppers line up on April 30 outside a Louis Vuitton store in Nanjing, East China's Jiangsu province.

Luxury goods companies saw profits dive across the board in the first half of 2020 as people avoided extravagances and stayed inside during the coronavirus pandemic — but it wasn’t bad news everywhere, with the China market providing a glimmer of hope.

The companies’ performance fell roughly in line with analyst predictions of a 25% to 30% contraction in sales of luxury goods globally over the first quarter, as retail and travel businesses worldwide ground to a halt.

But LVMH highlighted a strong rebound in the China market and Asia more broadly, in a reversal of the trend seen elsewhere. Chinese consumers on both online and offline luxury shopping sprees were a bright spot, with leading luxury brands seeing an uptick in what analysts call “revenge shopping” as shoppers started stepping into malls again and splurging as they emerged from quarantine.

As the first place to implement lockdowns to combat the Covid-19 outbreak, China’s luxury sector suffered one of the steepest declines in the first quarter as stores closed and people stopped going out in late January. But with the country’s domestic outbreak mostly contained, many traditional shopping malls have reopened.

However, it remains unclear how long the boost will last, and luxury brands are still struggling to manage as Covid-19 outbreaks continue around the world. Jean Jacques Guiony, CFO of LVMH, said on an earnings call that the company had never “seen such a perfectly negative alignment of planets” and still faces “closure of most of our physical stores.”

Despite efforts to cut costs in response, the luxury goods giant’s reported that net profit fell 84% to 522 million euros ($613 million) and revenue dropped to 18.4 billion euros on an organic basis in the first half year. As infections rose and more stores outside China closed in the second quarter, revenues fell 38%, down more than twice as much as the first quarter.

LVMH and Kering have both attempted to reorient toward selling online to make up for the lack of in-person shopping, traditionally the mainstay of luxury brands. Kering e-commerce sales soared 72% over the past three months, rising to make up 13% of the total. Yet while e-commerce performance was encouraging, online sales have only partially offset losses in the brick-and-mortar business, LVMH said in its financial statement.