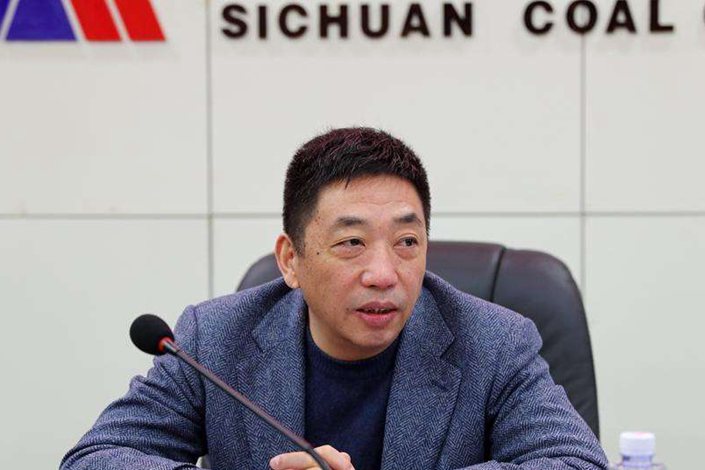 The former head of Sichuan Coal Industry Group Ltd. Liability Co. is being investigated for corruption, as the province’s leading miner moves through a court-led bankruptcy reorganization after defaulting on more than 1 billion yuan ($143 million) in debt over the last four years.

The province’s two main anti-graft watchdogs jointly announced the action on Tuesday, saying Jing was being investigated for “serious breaches of discipline,” a phrase synonymous with corruption. In Jing’s absence, General Manager Liu Wanbo will temporarily assume responsibility for the company’s day-to-day operations.

Such investigations have become commonplace under a years-long anti-corruption campaign that has become a signature effort of President Xi Jinping. The campaign has been mostly focused in government agencies and state-owned enterprises, and also encourages officials to shun extravagance and adopt frugal habits.

The Sichuan Coal case is also noteworthy because the company has struggled for years and is currently going through a court-led bankruptcy organization initiated by its creditors. One of those, the Sichuan Commercial Investment Group Ltd. Liability Co., holds 207 million yuan worth of past-due debt when it was among the group requesting the bankruptcy reorganization back in June.

At a meeting of the company’s high-level officials on Wednesday, Liu Wanbo emphasized it was important to craft the legally-supervised reorganization plan in a timely manner, with the goal of completing and executing it by the end of the year.

If the subject of Jing’s investigation doesn’t involve matters related to the bankruptcy, then the reorganization shouldn’t be affected by his corruption probe, Cheng Jiuyu, an attorney at the Zwlawyer law firm, told Caixin. But if the probe involves major assets and other company management in ways that could have affected the company’s financial situation, then a bankruptcy process using criminal proceedings might have to be launched, he said.

A native of East China’s Jiangsu province, Jing, 57, spent most of his working career in Sichuan, much of that in the city of Panzhihua, including tenure as one of the city’s deputy mayors. He joined Sichuan Coal when the company was set up in 2005 through the merger of various local state-owned coal-producing entities, and became the company’s chairman and party secretary at the end of 2013.

The company has struggled for most of the time under his leadership, partly due to excess capacity in China’s coal industry that Beijing is currently trying to control through closure of smaller, less efficient players. In putting the company into bankruptcy, a court in the Sichuan capital of Chengdu determined Sichuan Coal lacked the ability to repay its debts, but that the company still had value in continuing as an operating entity.

At its 2020 annual work review meeting, Jing had expressed hope that the company could return to profitability through a reorganization of its debt, assets and businesses.

Among larger miners producers that were relatively better able to weather the industry’s prolonged downturn, Sichuan Coal was hit harder than most due to the province’s complex geology that makes extracting its coal more costly. As a result, the company went from reporting a modest 24 million yuan loss in 2012 to a 1.62 billion yuan loss in 2016.

As the Beijing program to eliminate excess production took effect and coal prices firmed, Sichuan Coal was able to return to profitability in 2017 and 2018. But it slipped back into losses last year and the first quarter of 2020, with losses of 552 million yuan in the former and 415 million yuan in the latter. As its finances deteriorated, the company first defaulted on a super short-term 1 billion yuan note in 2016, and has made numerous other defaults since then.