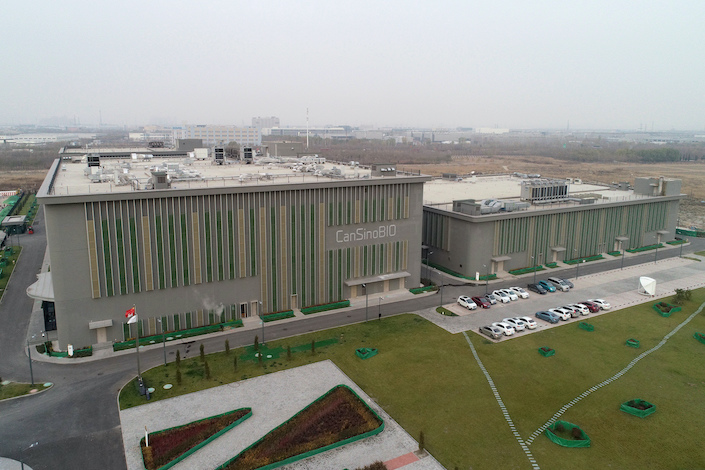 The manufacturer of one of China’s first potential Covid-19 vaccines plans to raise 5.2 billion yuan ($742 million) in a secondary public offering on Shanghai’s Nasdaq-style STAR Market.

CanSino Biologics Inc. intends to sell 24.8 million new shares at 209.71 yuan each, the second-highest offering price on the new tech board, behind the 271.12 yuan a share obtained by Xiaomi-backed smart home cleaner maker Beijing Roborock Technology in February. The company’s Hong Kong-listed shares jumped more than 10% on the news before closing up 7.72% at HK$265 ($34.19).

A vaccine against the coronavirus developed by CanSino with China’s military research unit is one of a handful of vaccines that have shown promise in early human testing. The company has completed a phase two trial and phase three tests are expected to start soon.

In its prospectus, CanSino said 1 billion yuan of the proceeds would be used to expand its production base, develop new vaccines, construct a cold-chain logistics system and improve its IT infrastructure. The Tianjin-based company, founded in 2009, has yet to generate revenue and has accumulated losses of nearly 370 million yuan. The company expects to continue to report net losses for some time.

At the China Anti-Viral Drug Innovation Summit July 11, CanSino co-founder Qiu Dongxu said the company is talking with Russia, Brazil, Chile and Saudi Arabia about launching phase three trials in those countries with plans to recruit 40,000 participants. The company warned in its prospectus that it’s still possible that the phase three trials or registration can’t be completed.

In addition to research capability, a vaccine developer’s success also greatly depends on its commercialization experience, a securities analyst said. Currently, CanSino has no commercialized product on the market.

Before working on the coronavirus vaccine, CanSino mainly focused on vaccines against meningitis, Tdap and pneumonia. Most of its vaccines are still in phase one clinical trials or preclinical research stages. The company first gained recognition for an Ebola vaccine it jointly developed with the military research unit in 2017. But the Ebola vaccine is only included in national reserves as emergency use and has not been sold commercially.

Earlier this month, CanSino signed an agreement with global pharmaceutical giant Pfizer under which Pfizer will broadly promote Menhycia, CanSino’s meningitis vaccine candidate in China. The candidate is yet to be approved by the China National Medical Products Administration.