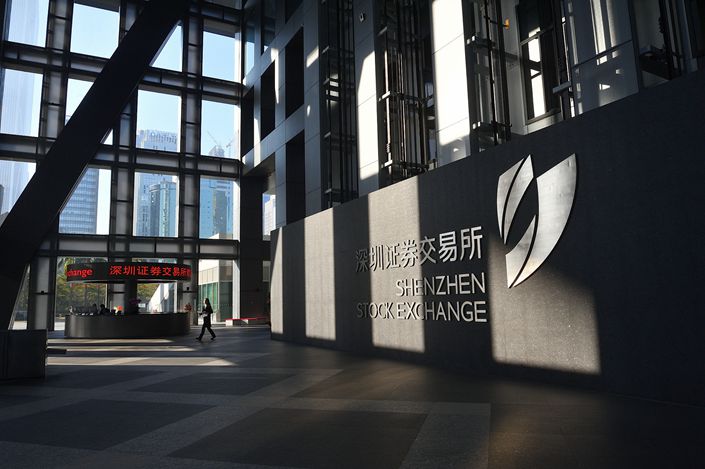 The Shenzhen Stock Exchange has appointed a former official from the country’s top securities regulator to its No. 2 position, filling a position as president that had remained vacant for nearly five months.

Sha Yan, former head of the China Securities Regulatory Commission’s (CSRC) department of fund and intermediary supervision, was appointed deputy Communist Party chief and president of the bourse in June, the bourse announced (link in Chinese) on Friday.

Sha, 47, has years of experience at the CSRC. She served as a deputy head of the CSRC’s department of listed company supervision, and later in December 2016 led the department of fund and intermediary supervision. She has strong experience in accounting and has worked in the securities regulatory system for about 20 years, a source close to her told Caixin.

Sha’s appointment filled a vacancy left by Wang Jianjun, who was promoted to serve as party chief and chairman of the stock exchange earlier this year.

Sha said at a 2015 forum that the core responsibility of market capitalization management is to improve the quality of listed companies and safeguard the rights and interests of shareholders. She was critical of some companies that were using improper practices like market manipulation and insider dealing in the name of market capitalization management.

“Sha is a veteran in the securities supervision system. Her post as president of the Shenzhen Stock Exchange could facilitate communication and coordination with the CSRC to better implement registration-based system reform,” the source said.

In April, the exchange’s Nasdaq-style ChiNext board officially launched a trial to test a registration-based IPO system, allowing money-losing startups to list on the board. Such a system is designed to make the IPO process more market-oriented and streamlined by shortening the lengthy review periods traditionally required. Shanghai’s year-old STAR Market is also experimenting with a registration-based IPO system.

As of Friday, the Shenzhen Stock Exchange had received applications from at least 340 companies for listing or financing on the ChiNext board under the registration-based system, bourse data (link in Chinese) showed.