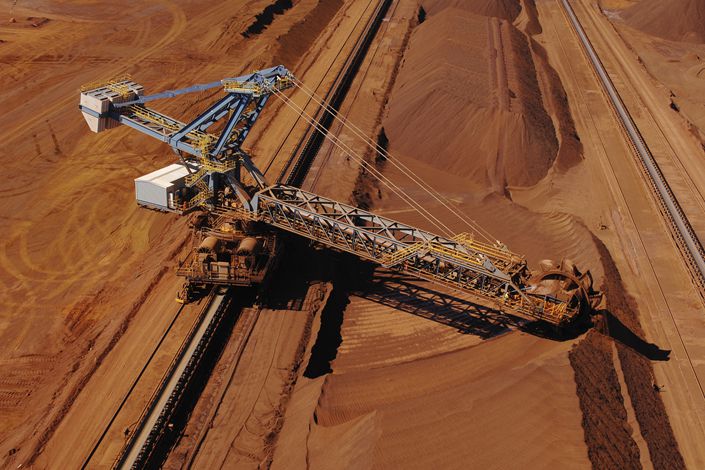 Anglo-Australian metals and mining giant Rio Tinto Group and its Chinese partner Chinalco are making progress on their long-delayed development of an iron ore mine in Guinea.

Anglo-Australian metals and mining giant Rio Tinto Group and its Chinese partner Chinalco are making progress on their long-delayed development of an iron ore mine in Guinea, the company told Caixin on Monday.

“The Simandou iron ore project (Blocks 3 and 4) in Guinea is progressing as we collaborate with our partners to optimize the program,” the company said.

The West Africa project also was mentioned earlier in Rio Tinto’s half-year earnings report for this year after being on hold for several years, mostly due to infrastructure financing issues.

The change followed the Guinea government’s approval for the development of two other blocks of Simandou deposits in June, Rio Tinto said. This provided hope for the potential construction of sites owned by the company.

Located in the mountains of southeastern Guinea, Simandou has more than 8.6 billion tons of iron ore reserves, according to the country’s National Institute of Statistics. It is considered to be the world’s largest and highest-quality untapped reserve.

The mining rights for Simandou have been split into four blocks. SMB-Winning, a consortium backed by French, Singaporean and Chinese companies, owns the rights to Blocks 1 and 2. Aluminum Corp. of China (Chinalco) owns 44.65% of blocks 3 and 4 and Rio Tinto has the rest.

The amount of capital that will be thrown into the project has not been revealed, and no specific timelines have been provided for construction.

Given the scale and complexity of the behemoth project, financing has been a fundamental issue for shareholders to address before construction can begin.

Caixin reported in June that state-owned steel giant China Baowu Steel Group is considering taking over Chinalco’s shares in a consortium with other domestic steelmakers and is seeking to raise some $6 billion to develop the mine.

Rio Tinto declined to comment on the matter, and said it and Chinalco “continue to work with the government to look at all options.”

Rio Tinto added that it is assessing options that involve all four Simandou blocks. People close to the project predict the infrastructure costs will make up 60% of the estimated $18 billion investment that Rio identified was needed.

That figure includes a 650-kilometer (403-mile) trans-Guinea rail line required by Guinea’s government to haul goods produced by the mine, as well as a deep-water port.

Some industry insiders remain doubtful about Rio Tinto’s momentum, saying the development of Simandou will lead to a surge in iron ore production. This would depress recent high prices and tilt the tight balance between supply and demand.

The estimated cost, insurance, and freight (CIF) price for iron ore shipped from Simandou to China is $40 per ton, more than double the average $20 per ton for iron ore from Australia.

A previous version of this story used the incorrect abbreviation for Aluminum Corp. of China Ltd. It should be Chinalco.