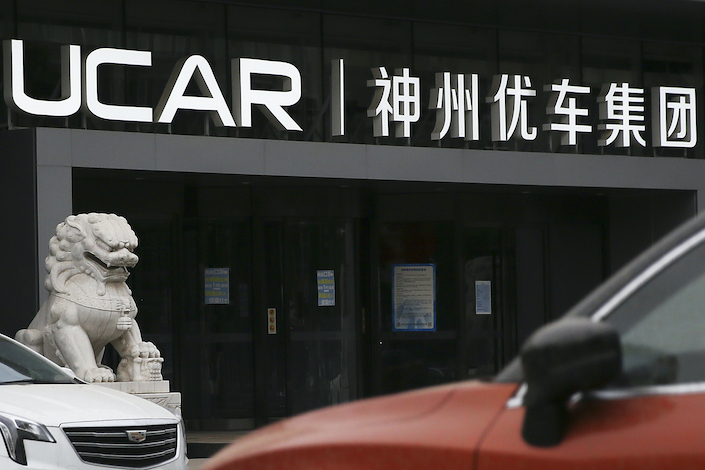 Ucar Inc. acquired a majority stake in Borgward Automotive China in early 2019 but failed to consolidate it into financial results.

Lu, as chairman and controlling shareholder of Ucar, was fined 200,000 yuan, and four other senior executives were also penalized. Lu, who is also known as Charles Lu, was fined 100,000 yuan for his role in Qwom.

Those penalties will be on top of whatever punishment national regulators decide to impose on Luckin Coffee after official investigations confirmed that the coffee chain fabricated hundreds of millions of dollars in sales.

Borgward became a subsidiary under the control of Ucar in the third quarter of 2019 after the acquisition was completed July 29 that year, according to Ucar.

Qwom had 42.6 million yuan of related-party transactions with Luckin in 2017 and 58.5 million yuan in 2017, accounting for more than half its total assets in those years, the CSRC said.

The Ministry of Finance and the State Administration for Market Regulation recently concluded a separate three-month investigation into Luckin Coffee, its affiliates and 23 financial institutions involved in the financial fraud. Both regulators said they will impose penalties without giving further details.

Lu, who was ousted as chairman of Luckin, is also likely to face criminal charges in China after authorities discovered emails in which he instructed colleagues to commit fraud, Caixin previously learned from a source close to domestic regulators.