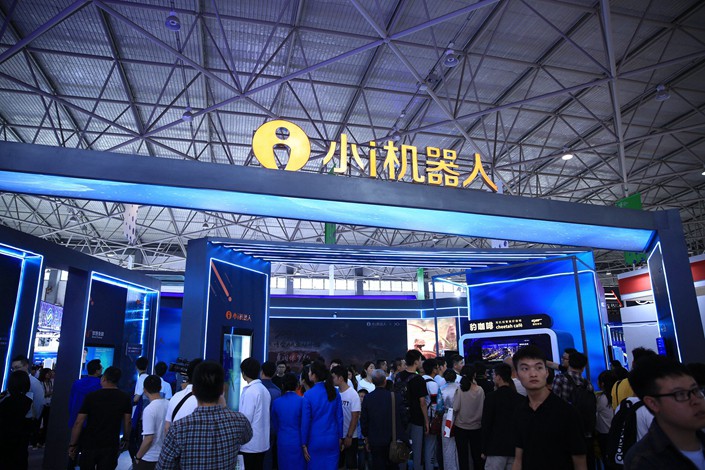 Shanghai Zhizhen, also known as Xiao-I, has filed a lawsuit seeking an estimated 10 billion yuan in damages from Apple for the alleged infringement of its patent on a chatbot similar to Apple’s Siri virtual assistant.

Apple Inc. has been sued for billions of yuan by a Chinese company that claims the U.S. tech giant infringed on one of its patents, the latest development in a years-long legal battle between the two companies.

Shanghai Zhizhen Intelligent Network Technology Co. Ltd. filed a lawsuit on Monday to Shanghai High People’s Court seeking an estimated 10 billion yuan ($1.43 billion) in damages from Apple for the alleged infringement of its patent on a chatbot similar to Apple’s Siri virtual assistant.

Shanghai Zhizhen, also known as Xiao-I, first made this claim in a lawsuit filed in 2012, in which Apple argued the patent was invalid and thus could not have been infringed upon. Xiao-I decided to sue Apple again, receiving a favorable ruling from China’s highest court in June, which decided the patent in question was valid.

Apple needs to cease “manufacturing, using, promising to sell, selling, and importing products that infringe on the patent,” Xiao-I said in a social media post (link in Chinese).

When Siri was first rolled out in 2011, it was available as an iPhone feature, but has since been integrated into other products including iPads, MacBooks and smart watches. If the court grants Xiao-I and injunction, Apple could have to suspend sales of a substantial part of its product line in China until the case is resolved.

However, legal experts said Xiao-I faces an uphill battle. Even if the Shanghai High People’s Court decides Apple did infringe on Xiao-I’s patent, Apple could argue that updates to Siri mean the feature no longer presents a patent infringement issue, said Zhao Zhanling, a researcher at the China University of Political Science and Law Center for IPR Studies.

Zhao said Apple’s business in China is not likely to be significantly impacted by the case, and that if Apple thought it might lose, the company would probably be willing to settle out of court and pay Xiao-I to resolve the issue.

Apple responded to the suit in a statement, saying it was “disappointed” Xiao-I filed the lawsuit, and that Siri doesn’t contain features included in Xiao-I’s patent. The company concluded that “we look forward to presenting the facts to the court and we will continue to focus on delivering the best products and services in the world to our customers.”