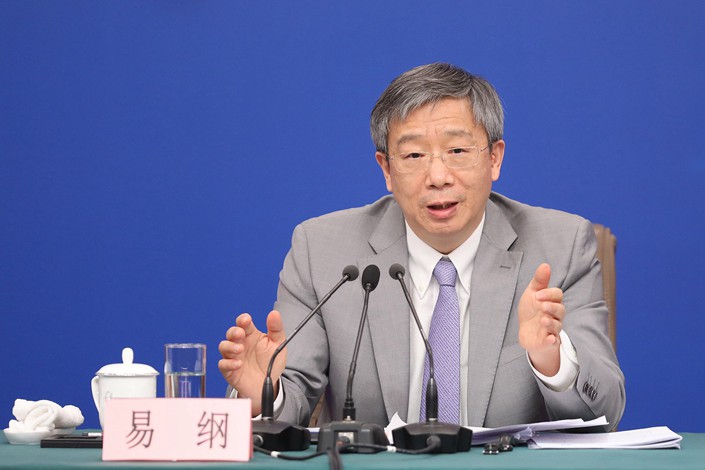 Barry Eichengreen is a professor of Economics at the University of California, Berkeley, and a former senior policy adviser at the International Monetary Fund.

Despite President Donald Trump’s repeated assurances that Covid-19 will “just disappear,” the virus now looks like it will be with us for some time. In the U.S., attention is focused on the surge in cases in Southern states such as Florida and Texas. The most alarming news, however, is that the virus has arrived, and with a vengeance, in low- and middle-income countries like Brazil, India, Indonesia and South Africa that have fewer resources with which to respond.

The Group of Twenty (G20) recognized this problem already in April, when it launched an initiative to defer repayment of low-income countries’ official bilateral debts through the end of this year. Unfortunately, this initiative did not apply to middle-income countries such as Brazil and South Africa that also need to redeploy resources to meet the public health emergency. A further difficulty is that these countries owe their debts not to governments but to thousands and thousands of private investors.

Here is where PBOC Governor Yi Gang’s proposal for a general allocation of Special Drawing Rights, made to the G20 earlier this month and described in an essay posted on the central bank’s website, comes in. There is precedent: a $250 billion SDR allocation was part of the response by the G20 and the global policy community to the 2009 financial crisis. Yi doesn’t specify how large an allocation would be appropriate. But the global recession is, by any measure, even more serious than that in 2009-2010. Figures as high as $1 trillion have been mooted for a prospective SDR allocation.

At one level, the case is impeccable. A general allocation is a costless way of getting resources to low- and middle-income countries in need. SDRs can be converted into dollars or yuan by countries purchasing protective equipment and medical supplies from the U.S. or Chinese governments. Or they can be used to purchase other goods and services, freeing up existing resources to purchase PPE. No inflationary consequences need follow, given the weakness of private spending. Currently, both China, where growth has slowed, and the U.S., where it has stopped, would welcome the additional demand for their products.

But Governor Yi’s proposal must surmount obstacles, several of which are beyond China’s control, and one that only it can solve.

The first problem is that the majority of the SDR allocation will go to the high-income countries that have the largest IMF quotas. Yi proposes that these countries raise their foreign aid budgets by the same amount as their new SDR resources. Unfortunately, allocating foreign aid takes time. Actually getting the money out the door is hard. If governments fail to coordinate their foreign aid programs, some recipient countries may receive more than they need, and others nothing at all.

Better would be for countries to donate their SDRs to the IMF and the World Bank, which have facilities in place for disbursing aid quickly. Some observers have forecast that these institutions will be called on to expend as much as $2.5 trillion in loans and grants in response to the crisis – an amount that exceeds their available resources. An SDR donation by high-income countries would go some way in closing this gap.

A second problem is the opposition of the Trump Administration to an SDR allocation that would include its sworn enemies, such as Iran. This opposition may be short-sighted, but it is a fact, at least for the time being. In addition, for any new allocation greater than $600 billion, the U.S. Congress must agree, according to a complicated law that links the approval process to the size of the U.S. quota in the IMF. The present Senate would not be inclined to do so. The ideological inclinations of the occupants of both the White House and Senate chamber may change after November, but it is still too early to say.

Finally, there would be a reluctance, and not just in the U.S., to agree to an SDR allocation that simply went to pay off countries’ creditors, leaving the countries themselves no additional resources with which to fight the virus. The IMF has a long-standing policy of “burden sharing,” meaning that when a country is in crisis and the Fund provides resources, its creditors also forgive some of their claims.

This is where the G20 initiative, preferably in expanded form, comes in. At the same time that countries are allocated additional SDRs, creditor countries agree to a moratorium on their debt-servicing claims. Again, however, there is a complication, this time in the form of China. China has agreed to participate in the G20 initiative, but it is unclear whether that agreement applies not only to loans extended directly by the Chinese government but also to the loans of other entities, such as the China Development Bank. David Malpass, president of the World Bank, flagged this problem in his statement to the G20 earlier this month.

Governor Yi’s SDR proposal is sound and constructive. But it will be feasible only if implemented together with other equally forward looking Chinese policies.