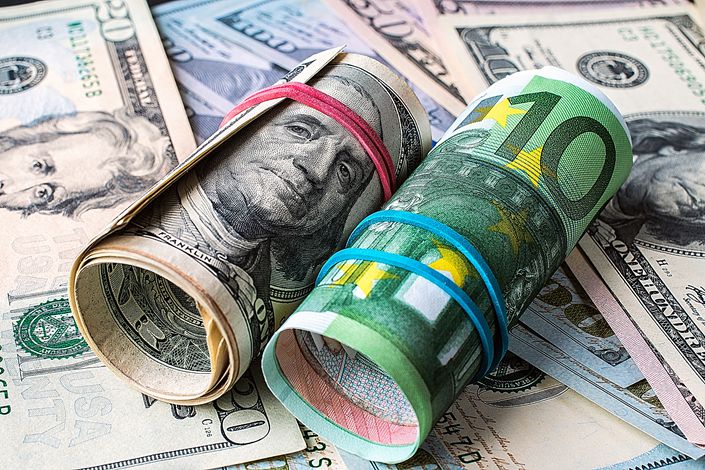 The U.S. dollar fell to a two-year low against the euro in July, but that’s no reason to spout doom and gloom.

Barry Eichengreen is professor of economics at the University of California, Berkeley, and a former senior policy adviser at the International Monetary Fund. His latest book is “The Populist Temptation: Economic Grievance and Political Reaction in the Modern Era.”

The dollar is in free-fall! The global greenback is doomed! scream recent headlines. Actually, such sensational headlines are “too sensational,” to echo that noted authority on currencies, Miss Prism, in Oscar Wilde’s “The Importance of Being Ernest.”

The dollar’s fall in July to a two-year low against the euro was the immediate impetus for these stories. In fact, the dollar’s recent slide is one in a series of readily explicable fluctuations. When the Covid-19 pandemic went global in March, the dollar strengthened on the back of safe-haven flows into U.S. Treasuries, as it does at the start of every crisis. By May, the Federal Reserve, acting as global lender of last resort, had accommodated this mad scramble for dollars by pouring buckets of liquidity into financial markets, and the greenback gave back its early gains.

The dollar’s subsequent depreciation reflects the changing prospects of the U.S. and European economies. With the spread of Covid-19, the U.S. outlook is deteriorating, so investors expect the Fed to keep interest rates low for longer. In the eurozone, the virus is under better control, and data from purchasing managers’ surveys are surprising on the upside.

This improving outlook doesn’t mean that the European Central Bank will start raising its policy rate tomorrow. But it does incline investors to believe that it will start normalizing interest rates earlier.

This relationship — you tell me the outlook for interest rates, and I can tell you the change in the exchange rate — has a name, of course. As Miss Prism will remind you, it’s called “interest parity.” This theory doesn’t work perfectly. But no theory of what determines the exchange rate does. When seeking to understand events, we shouldn’t make the perfect the enemy of the good.

Seeking to explain euro bullishness, some observers, point instead to agreement by European leaders to issue €750 billion ($884 billion) of European Union bonds. This is bullishness without the “ishness.” Seven-hundred-fifty billion euros is less than 5% of the stock of U.S. government debt held by the public. It’s a drop in the bucket, in other words. And a drop does not a liquid market in safe assets make.

Even if this really is Europe’s “Hamiltonian moment,” ramping up EU issuance by a factor of 20 will take decades. That’s how long Europe will need to create a benchmark asset with the liquidity of U.S. Treasurys. And foreign-exchange markets trade on today’s news, not on something that may or may not happen decades from now.

Indeed, the most striking takeaway from recent experience is the dollar’s resiliency. Normally, investors hold a currency when the issuer’s policies are sound and stable. U.S. policy has been risky and erratic, despite having a “stable genius” at the helm.

Banks and firms hold a currency when it is useful for invoicing and settling trade with the issuing country. But U.S. President Donald Trump’s administration has done more than any in living memory to disrupt U.S. trade. Governments, for their part, hold and use the currencies of their alliance partners. And, under Trump, the United States today is no longer the reliable alliance partner it once was.

Given all this, it would appear that the stars are aligned for banks, firms, and reserve managers to back away from the dollar. But the currency’s international role has not diminished significantly. It has declined only along select dimensions — its share in central banks’ foreign-exchange reserves, for example — and even there only marginally.

The explanation for this stasis, as Margaret Thatcher famously put it, is “TINA”: there is no alternative. The euro is not an alternative. The stock of safe euro assets remains segmented along national lines, and Alexander Hamilton is not coming to the rescue anytime soon.

With the Federal Reserve able and willing to act as lender of last resort to the world, the status quo is tolerable. One personnel change at the Fed will not alter how foreign officials view this situation. But one personnel change could augur another, at which point other countries will think twice. At that point, they will realize they have no other option to which to turn.

The only solution to this conundrum is more resources for the International Monetary Fund, so that it can supply countries, in a crisis, with the dollars that a future Fed fails to provide. This of course is the solution that John Maynard Keynes offered already in 1944, albeit by another name.

The 80th anniversary of Keynes’s “bancor” proposal is imminent. What better way to mark the occasion than by implementing it?