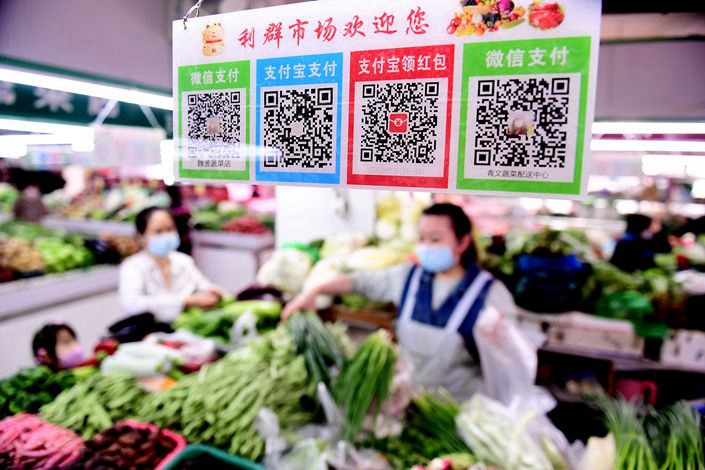 Rather than trying to regulate these new financial institutions as if they were traditional banks, regulators should instead try thinking outside the box while maintaining their independent decision-making and implementation capabilities.

“If banks fail to make changes, we will change banks.”

Since the launch of Alipay, the payment platform created to support transactions on Alibaba’s e-commerce websites, Ant Group has grown into a multi-faceted fintech behemoth. With a broad user base from its dominant third-party payment service, the Alibaba affiliate has swelled to encompass other financial services like online microlending, wealth management and insurance.

Meanwhile, regulators face the knotty problem of how to supervise rapidly growing fintech giants like Ant Group because there are so few precedents.

Ant Group has acquired a wide range of licenses for its financial services, sidestepping the legal risk of operating an unlicensed financial institution. Corresponding regulatory capacity must keep up. Regulators should consider how to effectively supervise these new financial institutions, with the goal of helping them control risks while assessing their impact on China’s financial system.

However, it’s difficult for financial regulators to find a balance between excessive regulation and insufficient supervision. For example, while giving Ant Group an online banking license for MYBank, the banking regulator determined the bank’s strategic positioning of capped deposits and loans. It also required MYBank’s major shareholders to hold no more than a 30% stake each. These restrictions have hindered synergy between Ant Group and its online commercial bank, and have failed to meet Ant Group’s needs for rapid growth.

The situation has been the opposite for Ant Group’s online consumer loan businesses Huabei and Jiebei, which are the main source of the company’s profits. Unlike MYBank, they are not supervised by the China Banking and Insurance Regulatory Commission, but rather by local regulators, whose weaker regulatory capabilities cannot match Ant Group’s size.

These gaps and blind spots in regulatory oversight have led to a similar lack of self-regulation at financial institutions, causing Ant Group to sometimes ignore or even distort the underlying logic of finance. Although Ant Group’s financial businesses remain strong, it has sought to reframe itself as a technology service provider, which I’m afraid is not just aimed at getting a higher “tech company” valuation.

For example, all of the credit data from Huabei and Jiebei should have been included in the central bank’s credit reporting system to prevent people from running up debts on multiple platforms without the lenders knowing about it. But so far, Ant Group has been reluctant to do so.

More importantly, there is a vast amount of money flowing inside Ant Group’s sprawling business chain that falls outside regulators’ oversight. This largely sidelines the central bank-backed NetsUnion Clearing Corp., which was set up to prevent Alipay and its rival WeChat Pay from establishing their own clearing systems for online transactions.

Valued at $150 billion in its latest fundraising round in 2018, Ant Group is planning a dual listing in Hong Kong and Shanghai. This highly anticipated IPO could be the largest ever, which also means regulators will have a tougher task supervising the company.

Rather than trying to regulate these new financial institutions as if they were traditional banks, regulators should instead try thinking outside the box while maintaining their independent decision-making and implementation capabilities. Most importantly, they need to keep up with the times amid rapid growth of the fintech giants.