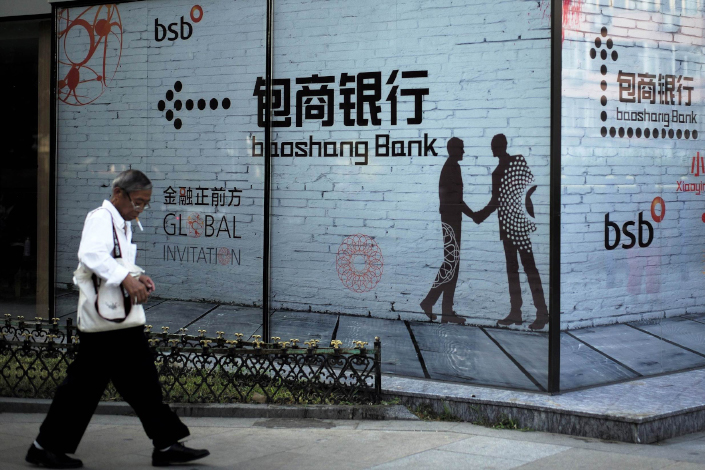 The most striking feature of Baoshang Bank’s corporate governance was the difference between its appearance and spirit.

Zhou Xuedong is the leader of the Chinese government’s takeover team for Baoshang Bank, and a former director of the general office of the People’s Bank of China.

In May 2019, China’s financial regulators announced they were taking over privately owned Baoshang Bank Co. Ltd. due to the severe credit risks it posed, as part of efforts to dismantle fallen tycoon Xiao Jianhua’s business empire and contain financial risks.

Baoshang Bank’s takeover has been widely seen as a milestone in the history of China’s financial industry. It reflects that corporate governance failures, and resulting financial corruption and misconduct, lie behind the risks faced by many small and midsize banks.

In reality, however, the bank was controlled entirely by the major shareholder and insiders who had captured local regulators, leading to corporate governance failures and miring the whole operation in corruption and law-breaking.

What were the corporate governance failures of Baoshang Bank?

With a monopoly shareholding in Baoshang Bank, Tomorrow Holding could “legitimately” manipulate the bank’s shareholder meetings according to “one share, one vote” and “the majority dominates” rules. The meetings ended up serving the controlling shareholder’s needs, instead of playing a supervisory role.

From 2005 to 2019, Tomorrow Holding illegally borrowed 156 billion yuan ($22.4 billion) from Baoshang Bank through 209 shell companies in the form of 347 loans that all ended up becoming nonperforming. The bank’s assets were gradually chipped away, resulting in severe financial and operational risks and violating the interests of other shareholders and all depositors.

Secondly, the board of directors existed in name only. The chairman of the board had a dominant say, which led to ineffective risk control.

Baoshang Bank’s board of directors had been an empty shell for a long time. Among a list of 13 directors in 2015, a considerable amount did not participate in decision-making or raise objections to illegal decisions, our takeover team learned. Some were willing to take bribes, sidestep their due responsibilities, or even endorse others’ misconduct.

Despite consisting of nine specialty committees, including one aimed at controlling risks, the bank’s board of directors had simply represented Tomorrow Holding’s interests by making improper decisions about related-party transactions since 2011.

Thirdly, the board of supervisors failed to function, showing weak independence and professionality.

Baoshang Bank’s board of supervisors had always been for show. Among seven supervisors, four also served as employees at the bank who were subordinate to the board of directors or the management team. Also, some lacked essential professional knowledge to perform their duties well.

As a result, the supervisory board was responsible for neither the whole company nor all shareholders, especially small and midsize ones, but subservient to major shareholder Tomorrow Holding and the board of directors.

Due to the lack of effective supervision, Baoshang Bank’s management team not only illegally helped Tomorrow Holding grab vast sums of money, but also fraudulently obtained loans through transactions with third parties tied to the bank. Most of the related transactions did not get approval from the board of directors. Some were resolved collectively by the senior management team or even a sole member. At the point of the takeover, many loans previously made through related-party transactions were nonperforming.

Some local regulatory officials accepted bribes or even intervened in the bank’s personnel appointments and project contracts. In this kind of operating environment, the bank’s management and risk control mechanisms were of no use. For example, some of the bank’s business departments largely obtained their funds by making out falsified invoices for items including so-called expenditure on consultation, entertainment or conferences.

The fall of Baoshang Bank was not the doing of one individual and did not come overnight. In addition to failures in corporate governance, poor corporate culture was another important reason.

How to rectify these issues?

Besides, strengthening external supervision and ensuring decent information disclosure can enhance corporate transparency. Regulators should supervise thoroughly to detect potential problems in a timely manner, including absolute dominance by any shareholders or control by insiders. Also, regulatory authorities can hire intermediaries such as accountants, auditors and lawyers to inspect commercial banks in order to enhance the authenticity and independence of information disclosure.