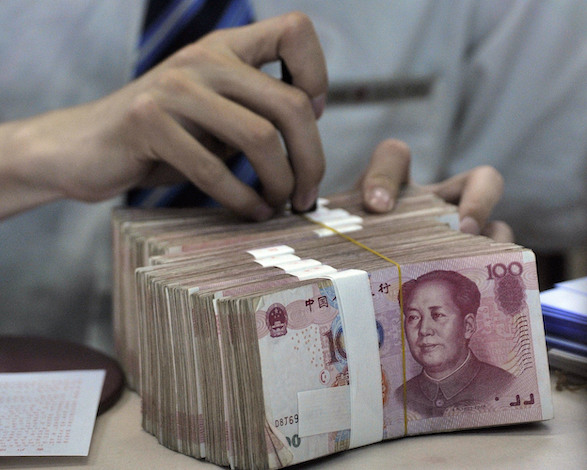 Beijing Haidian District State-owned Assets Investment Management Co. Ltd. plans to sell 180-day financing bonds at a coupon rate of 4% to 5%, the company said in a statement. The proceeds will be used to repay two bonds due later this month and early next month.

The company is the largest state-owned enterprise in Haidian district, a sprawling sector of northwestern Beijing that is home to many of China’s most prestigious universities. It has made a transition from a role as the district government's traditional investment and financing platform to an industry consolidator that integrates and supports technological and educational development in the district.

Between July 27 and July 30, several of the company’s bonds fluctuated sharply, with prices of onshore bonds down more than 20%. The parent company had to delay a bond sale and slashed its planned 4 billion yuan, five-year, 3.8% bond issuance to 1 billion yuan after investors gave the issue a cool reception.

After that rocky bond issuance, the company and its parent reiterated the Haidian district government’s support for the companies, trying to ease investor jitters, and approached multiple institutions to work out a new borrowing plan, Caixin learned.

As of the end of March, Beijing Haidian District State-owned Assets Investment had 6.77 billion yuan of receivables from Sanju, or nearly 90% of total receivables. The company’s receivables accounted for about 39% of its liquid assets, according to the bond prospectus.

As most of Sanju’s projects require large investments and long construction periods, the large Sanju receivables soaked up the issuer’s financial capacity and affected its performance, according to the bond prospectus.

As of the end of March, Beijing Haidian District State-owned Assets Investment had total debt of 126 billion yuan, with a debt-to-asset ratio of 70.56%, the highest in three years, according to the company’s quarterly report.

The company has 6 billion yuan of bonds due this year. It also has a $500 million of offshore bonds that mature in 2022. China Chengxin International Credit Rating Co. Ltd. gave it a AAA rating. However, S&P Global Ratings Inc. in June downgraded its long-term credit rating of BBB to BBB-, the lowest grade before a bond drops into junk status, and said it expected the company’s financial leverage to remain very high in the next 12 to 24 months because of weak operating cash flow and persistent high total debt.