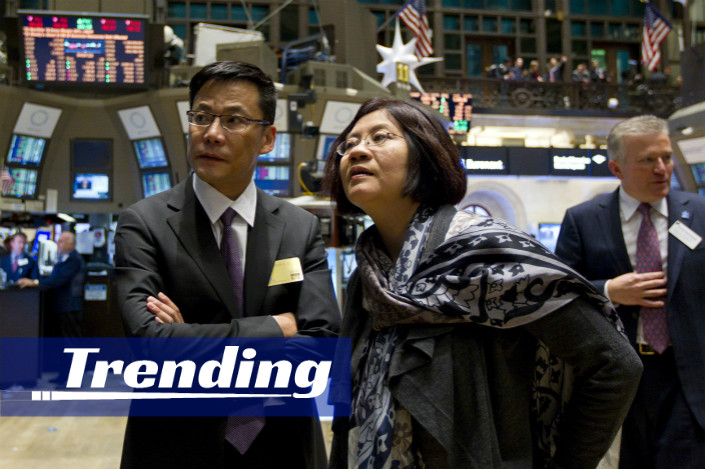 The ongoing family drama involving Li Guoqing and his estranged wife Peggy Yu, co-founders of e-commerce company Dangdang, which was once hailed as the Amazon of China, has taken a surprising turn. Last weekend, Li revealed in a lengthy and emotional Weibo post that he and Yu have been sued by their son, who has requested the validation of a shareholding entrustment agreement he holds with them.

Li filed a divorce petition against Yu last July, but the divorce has been dragging on ever since. According to Li, Yu has said she will only agree to a divorce if she can keep 75% of their shares in Dangdang, while Li wants an equitable division. In the fight for control over Dangdang, Li allegedly broke into the company’s office and removed official seals and files this April and again in July, the latter attempt leading to his detainment by police.

Publicly available information shows that Li holds 22.38% of Dangdang’s shares, while Yu and their son hold 52.23% and 18.65% respectively. The son’s shares were temporarily held in his parents’ names under a shareholder entrustment agreement. Li wrote in a separate Weibo post that he suspects Yu could seek to maintain control over Dangdang if their son sides with her and the agreement is validated, reducing the amount of shares Li would have received under an equitable division. Legal experts believe that the son’s stance could be critical in the couple’s fight for the company throne.

Li said he fully supports his son’s courage in defending his rights, but warned him not to be used as Yu’s pawn. He accused Yu of helping their son gather evidence, hire lawyers, and pay litigation fees despite her apparent role as defendant. “Son, I’m not afraid of being challenged by anyone… See you in court! Good luck,” he concluded.

The trio’s power struggle reflects a wider problem facing China’s family-owned enterprises. Dangdang, founded in 1999, is among a wave of family-run businesses established from the mid-1980s to the mid-1990s that currently make up 90% of the country’s 21.6 million private companies. The millennial children of these entrepreneurs possess an individualism that makes them unafraid to follow their own path instead of taking over their parents’ businesses.

Many netizens who have been closely following the business struggle said they feel increasingly bewildered by the dramatic turn of events. Some say “the trio has perfectly illustrated how family relationships disintegrate in the face of profit,” while others are eager to take sides, either accusing Yu of delaying the divorce or blaming Li for falsely glorifying his public image.