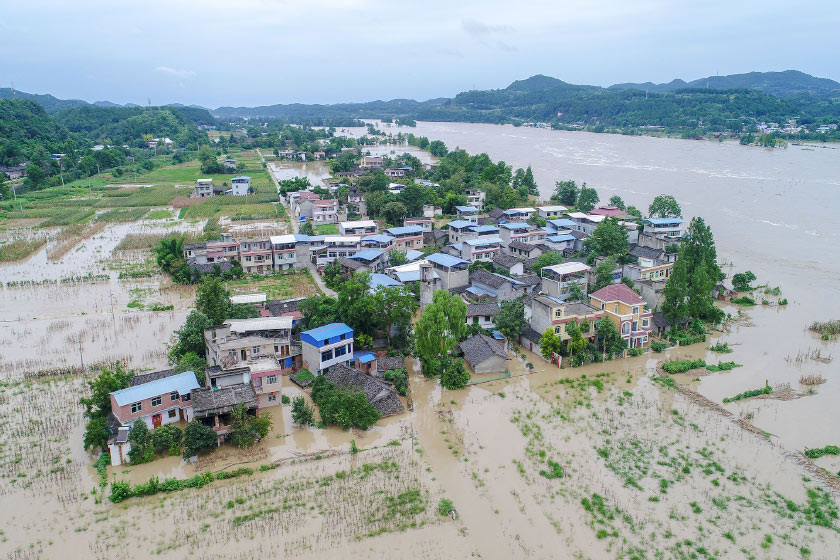 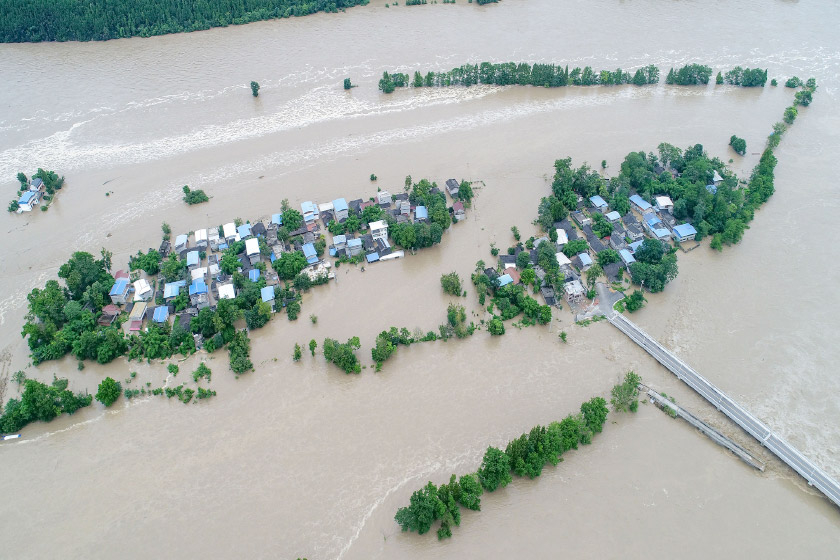 Floodwaters submerge homes in Suining. This round of downpours is reported to be the heaviest in Sichuan since this year’s flood season began, the state-run Xinhua News Agency reported. Photo: Liu Changsong/VCG 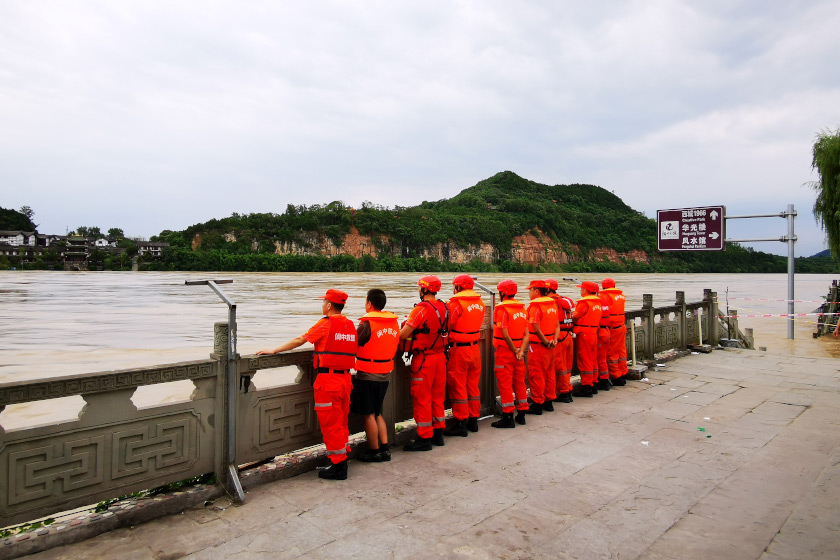 Firefighters stand on a bridge to see how high the water level is. The continuous downpours have caused 31 rivers across the province to exceed warning levels, according to the local government. 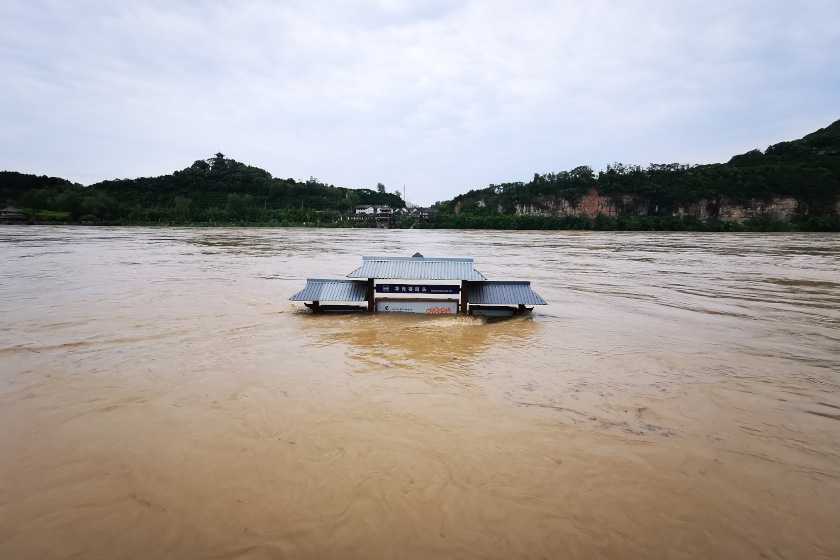 Floodwaters cover most of a notice board in Nanchong. 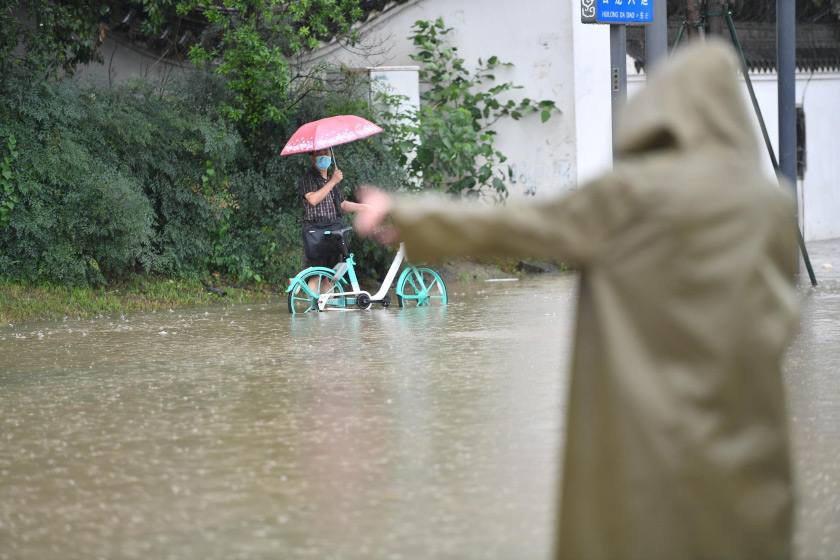 A resident looks at a person gesturing on the other side of a waterlogged street in Chengdu. Photo: Zhang Lang/China News Service 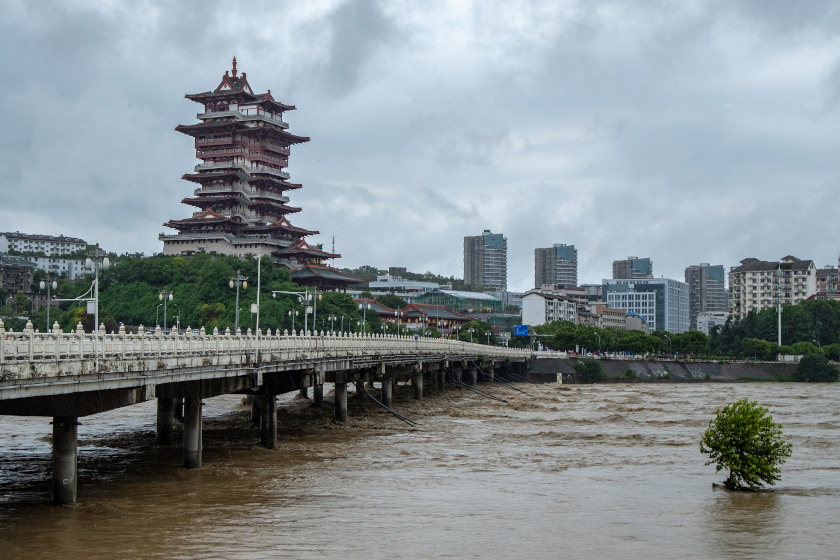 The columns of a bridge sit partially underwater in Mianyang.