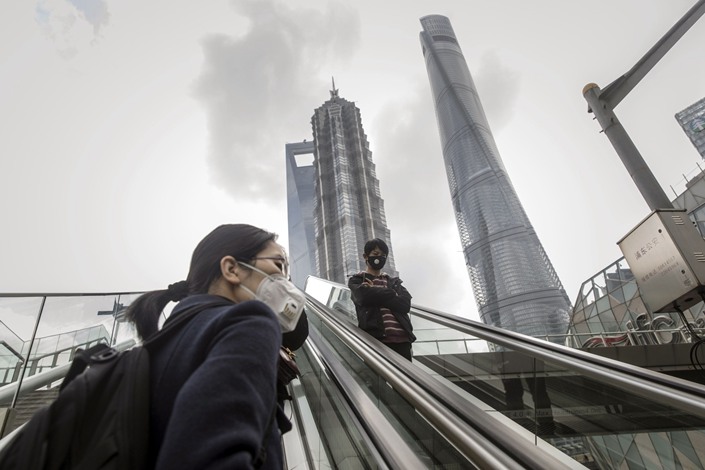 (Bloomberg) — China’s top banking watchdog cautioned that U.S. dollar dominance combined with the massive stimulus unleashed by the Federal Reserve could push the world to the edge of another financial crisis.

In a rare act of public criticism, China Banking Regulatory Commission Chairman Guo Shuqing also lashed out at developed nations seeking to divert blame from their own failures to contain the virus outbreak and moves by the U.S. to blacklist Chinese companies and entities.

“In an international monetary system dominated by the U.S. dollar, the unprecedented, unlimited quantitative easing policy of the U.S. actually consumes the creditworthiness of the dollar and erodes the foundation of global financial stability,” Guo wrote in an article published in the Communist Party’s Qiushi magazine on Sunday. “The world may once again be pushed to the verge of a global financial crisis.”

Relations between the world’s two superpowers have quickly deteriorated over the past few weeks, touching on everything from the coronavirus, to trade and defense issues, as well as monetary policy. The two have levied competing sanctions against high level officials and politicians in a standoff over Beijing’s crackdown on Hong Kong, prompting Chinese lenders to look over their accounts in order not to endanger their access to crucial dollar funding.

As for China’s financial system, Guo warned that “after the Black Swan of the pandemic, its asset quality will inevitably deteriorate” since current loan classifications haven’t reflected their true quality and banks’ profits on paper are inflated.

Combined earnings at China’s more than 1,000 commercial banks slumped the most in at least a decade in the second quarter as bad loans climbed. The government has told lenders to sacrifice $211 billion in profit this year to alleviate the worst economic slump in 40 years. Bad loans hit the highest in more than a decade, growing to 2.7 trillion yuan ($389 billion) at the end of June.

Authorities in Beijing have leaned hard on the $41 trillion banking system, led by Industrial & Commercial Bank of China Ltd. Lenders have been told to forgo profits by providing cheap funding, deferring payments and increasing unsecured lending to small businesses struggling with the pandemic outbreak.

While the virus-relief measures are necessary, authorities can’t ignore that some companies, residents and even governments are likely to add debt amid easy access to credit, Guo said. Expectations of lower rates could trigger leverage trades and speculations, leading to a new round of asset bubbles.

Guo also said that China would continue with the opening of its financial markets this year to Wall Street firms and other global lenders and asset managers, but reiterated it would not come at the expense of the nation’s “financial sovereignty.”