China Wants to Make the Yuan Easier to Use in Cross-Border Trade, Investment 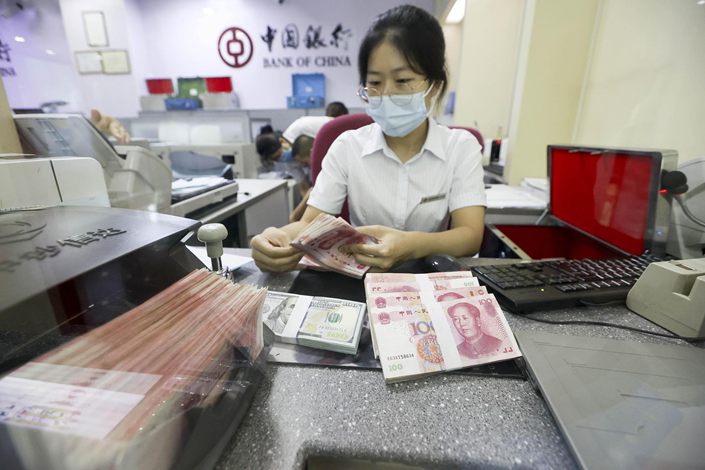 In recent years, China has been encouraging the use of its currency in more bilateral trade and investment settlements with many other countries.

The People’s Bank of China (PBOC) said (link in Chinese) it will insist on a market-oriented method to facilitate trade and investment and further expand access to foreign investors who use the yuan to invest in Chinese bonds and stocks, according to its latest annual RMB Internationalization Report, which was released Friday.

The report touted that the cross-border use of the yuan sustained rapid growth last year even as economic growth slowed. However, the internationalization of the yuan still has a long way to go given the currency’s small share in the global market.

The yuan’s share of the foreign exchange market rose to 4.3% last year, up 0.3 percentage points from 2016, the report said. The currency ranked fifth globally as a payment currency, but was only used for 1.76% of payments. By comparison, China accounts for more than 10% of the world’s goods trade.

Last year, banks handled 19.67 trillion yuan ($2.83 trillion) in cross-border yuan payments and receipts on behalf of clients, up 24.1%, the report said. The amount was a record high, though growth slowed from 2018’s 46.3% increase (link in Chinese).

By the end of 2019, yuan assets made up 1.95% of total foreign-currency reserves held by about 150 economies, ranking fifth, based on data from the International Monetary Fund (IMF). The share was 0.88 percentage points higher than that at the end of 2016, when the yuan officially joined the IMF’s Special Drawing Rights (SDRs) currency basket. The SDRs are an international reserve asset launched by the IMF in the late 1960s to supplement its members’ official reserves.

Last year, more than 70 central banks or monetary authorities incorporated yuan assets into their foreign exchange reserves, the PBOC said in the report.

Over the last few years, China has ramped up efforts to reform its financial markets and encourage more overseas investors to put money into the country. In September 2019, it decided to scrap quota restrictions on two major inbound investment schemes — the Qualified Foreign Institutional Investor and the RMB Qualified Foreign Institutional Investor programs, better known as the QFII and RQFII. Last year, the amount of receipts via the RQFII program reached 129.3 billion yuan, and that of payments registered hit 155.3 billion yuan, leading to a net inflow of 26 billion yuan, the PBOC report said.

In recent years, China has been encouraging the use of its currency in more bilateral trade and investment settlements with many other countries, as global trade friction has increased volatility in foreign exchange markets and the cost of using third-party currencies. In 2019, the share of the yuan traded in the U.S. declined to 7.8% in the offshore market amid a tit-for-tat China-U.S. trade war, down from 8.5% in the previous year, according to the PBOC report.