MSCI Increases Weighting of China A Shares in Indexes to 20% 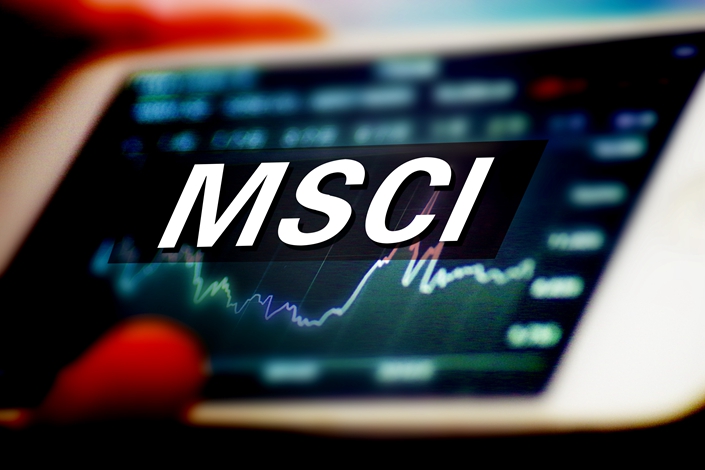 Global index compiler MSCI Inc. will increase the weighting of China A shares in certain indexes by raising the inclusion factor to 20% from 15% as planned, marking another milestone for Beijing’s drive to boost Chinese stocks’ global exposure.

MSCI will complete its previously announced phased weighting increase of China A shares, or yuan-denominated Chinese mainland stocks, and will take effect at market close on Nov. 26, the index giant said Thursday in a statement.

MSCI’s said earlier this year that it would implement the plan in three phases, lifting the inclusion factor for large-cap shares from 5% to 10% in May, to 15% in August, and to 20% in November.

The move could introduce more liquidity into China’s equity markets and offer broader access for global investors to the world’s second-largest economy. Analysts of China International Capital Corp. (CICC) said in a note that the November adjustment could draw an inflow of about $35 billion to $40 billion into mainland stock markets, much more than the estimated total inflow of $23 billion led by the May and August adjustments.

Chinese authorities have stepped up efforts to open the financial sector and encourage steady inflows of global funds into domestic markets, in part to help balance pressures on the yuan after an exodus of capital in 2015.

In a separate move, equity securities on the Shanghai Stock Exchange’s Nasdaq-style Sci-Tech Innovation Board, also known as the STAR Market, will be eligible from this month for inclusion in the MSCI Global Investable Market Indexes, MSCI announced on Oct. 9.

MSCI added China A shares to its widely tracked indexes for the first time in June 2018, while rivals such as FTSE Russell and S&P have also stepped up index inclusion of A shares.

Han Wei contributed to this report