Gallery: Surging Floodwaters Too Much for Three Gorges Dam 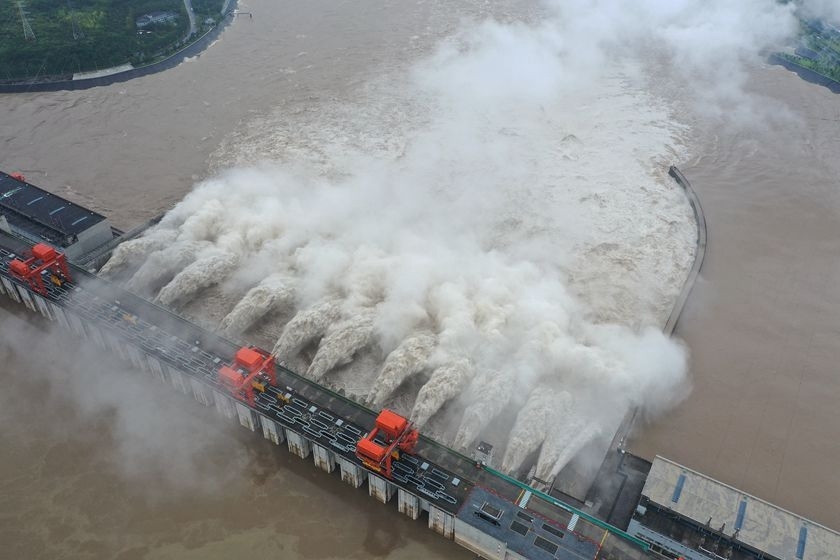 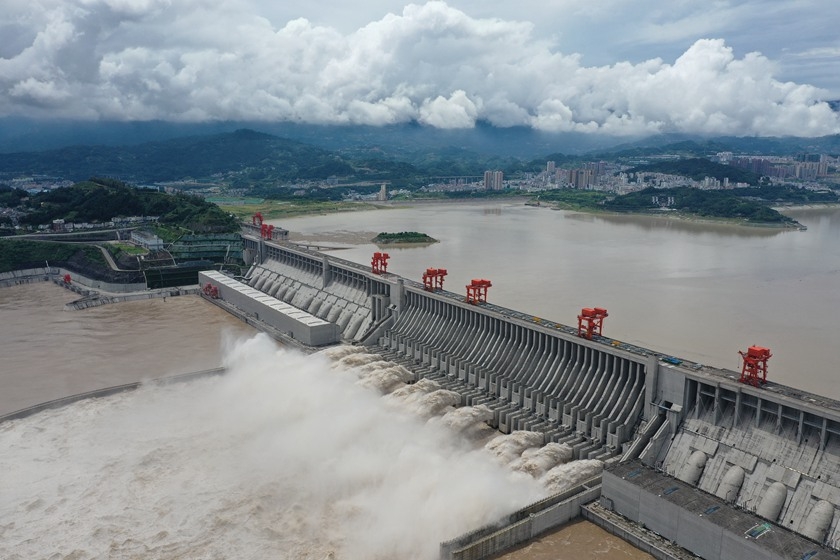 The amount of water flowing into the Three Gorges reservoir reached 75,000 cubic meters per second on Thursday. 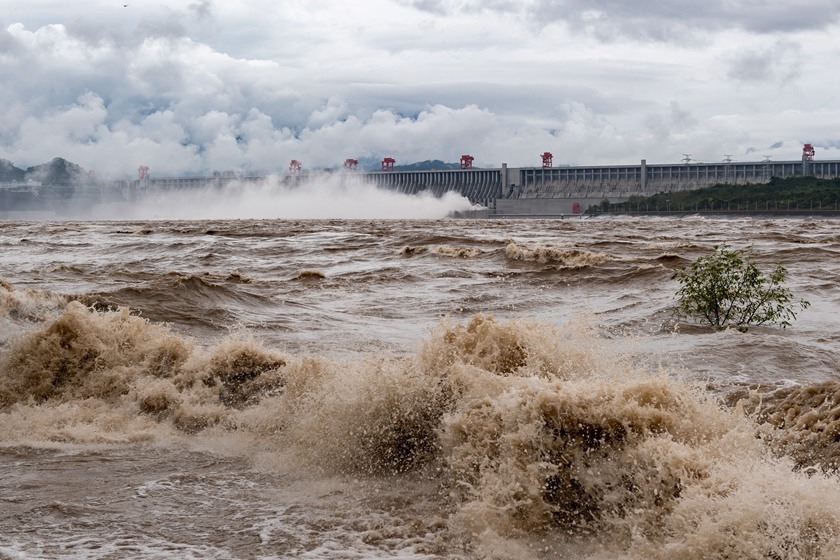 Water was released downstream through the sluice gates. It was reportedly the largest release since the dam’s construction. 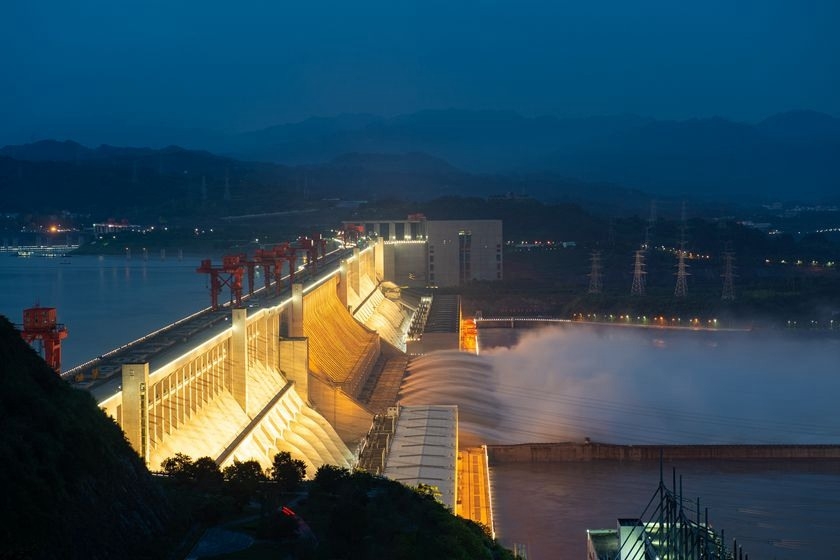 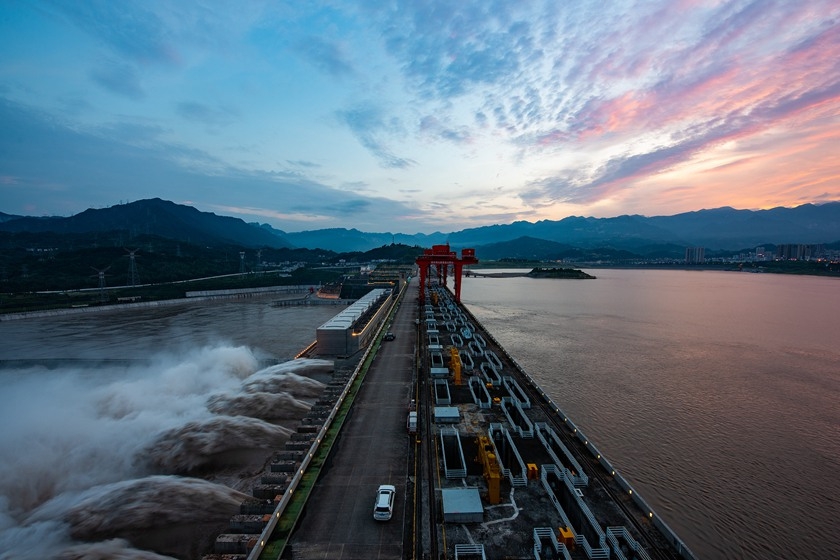 A car drives above the dam while floodwater is discharged. 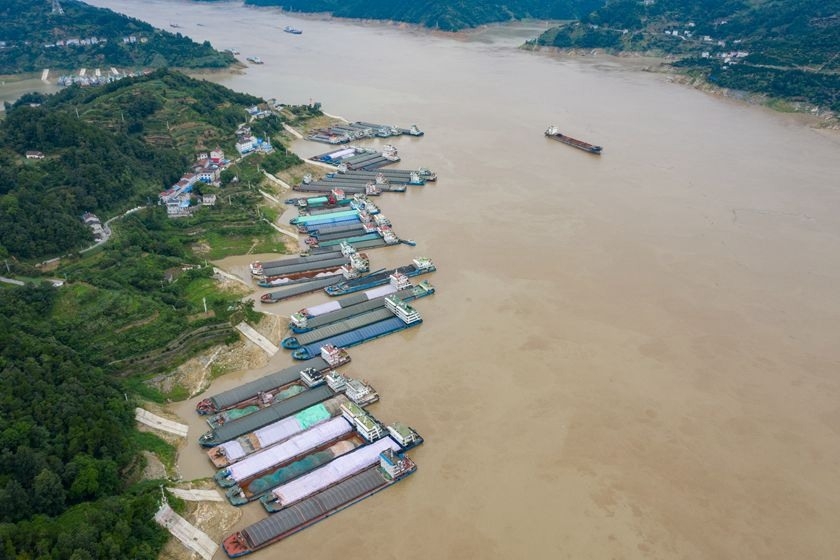 Boat owners who heard about the discharge moor their boats near a sandy bay.