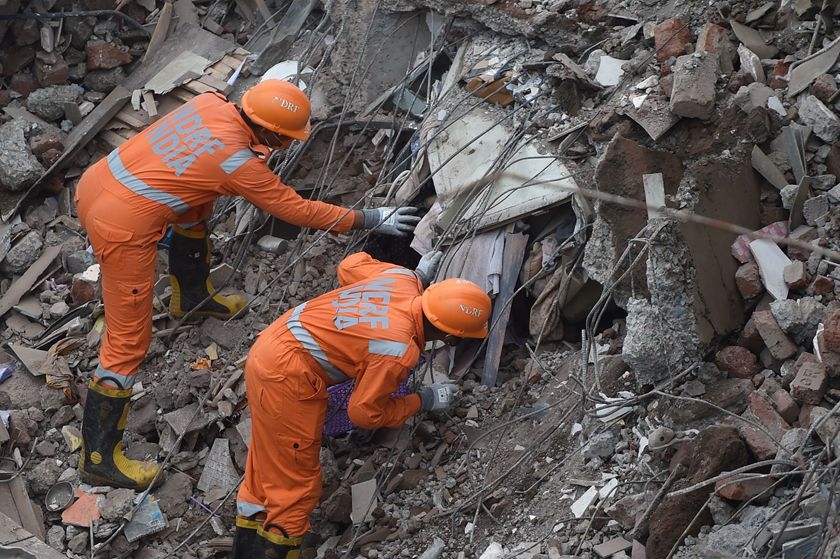 Searching for survivors, rescuers comb through the debris of a five-story apartment building that collapsed Monday in India’s western state of Maharashtra. 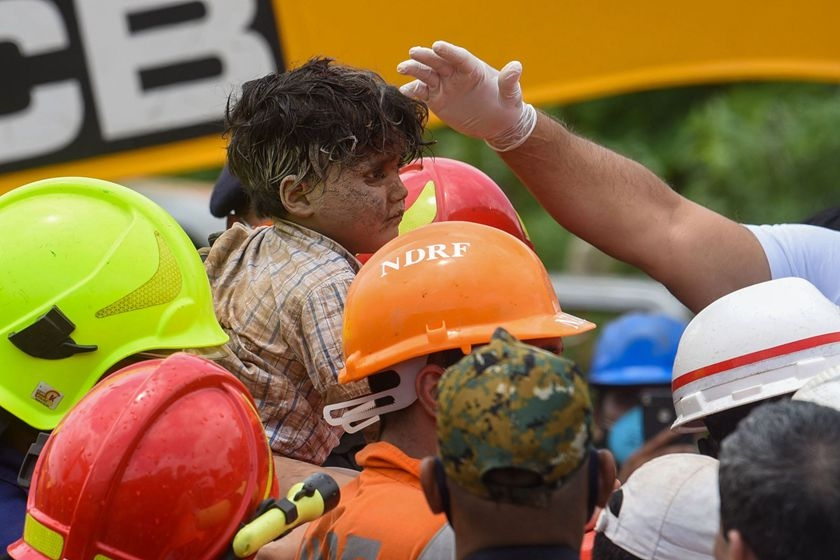 After being trapped overnight, a 4-year-old boy gets rescued Tuesday. 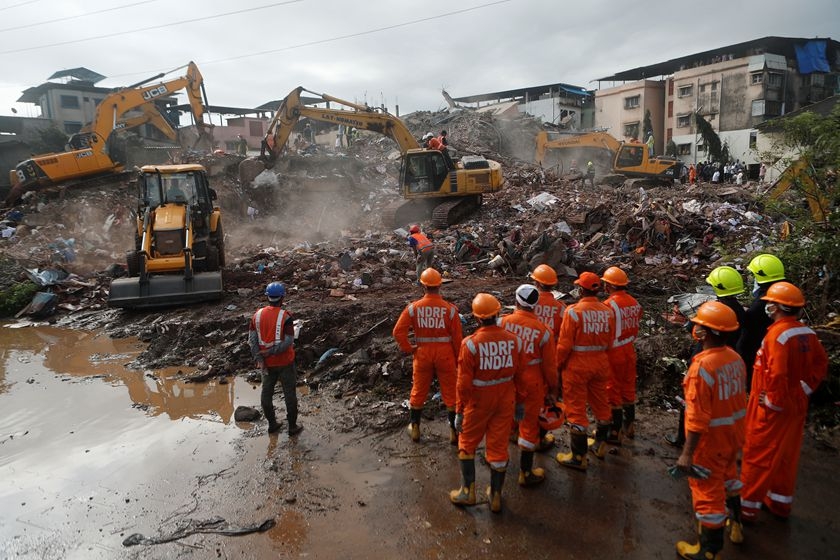 Excavators work at the site of the building collapse, which left 16 people dead as of Wednesday afternoon, Chinese state broadcaster CCTV reported. Several others were still missing. 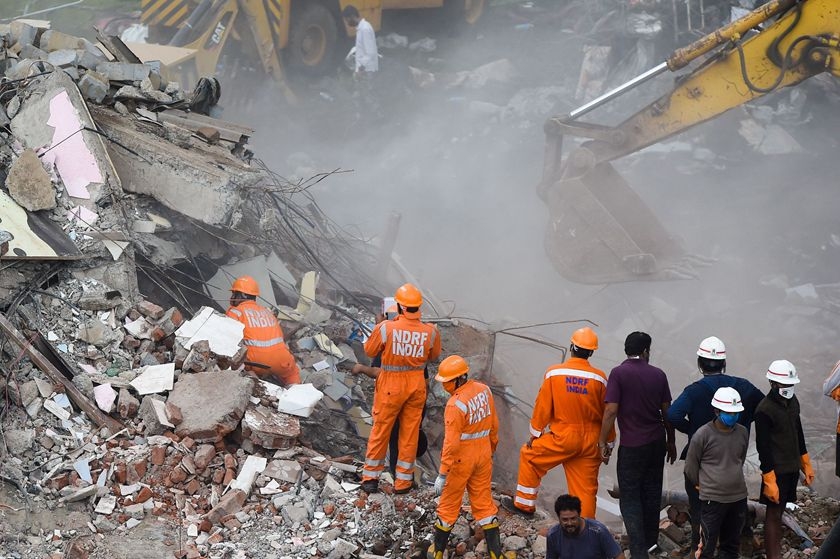 A rescuer digs through the debris for people trapped inside. 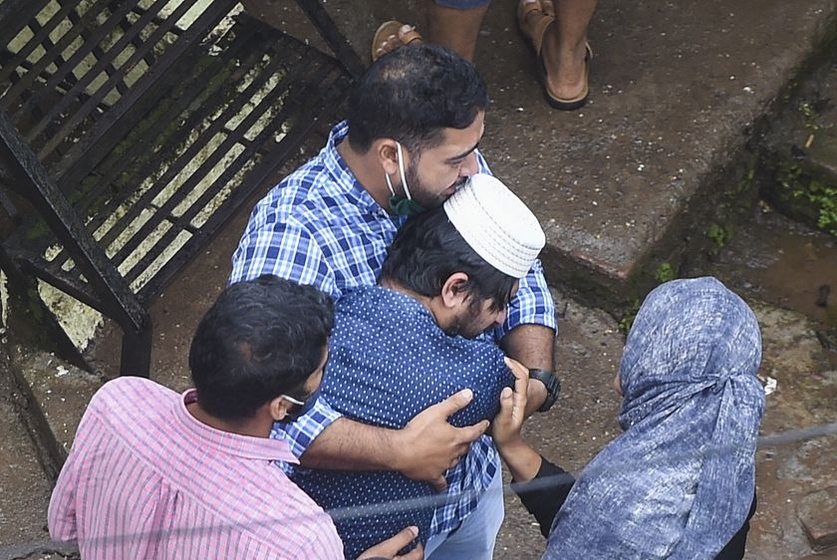 A rescued man hugs a person at the site of the collapse. The cause of the incident remains unclear, though multiple media outlets have said that building collapses are common during India’s monsoon season, which lasts from June to September. 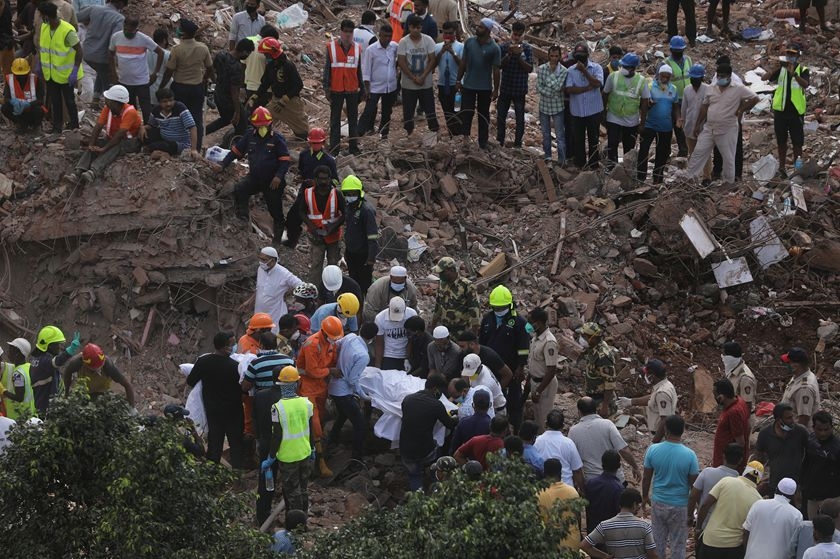 Rescuers remove a victims’ body from the debris.