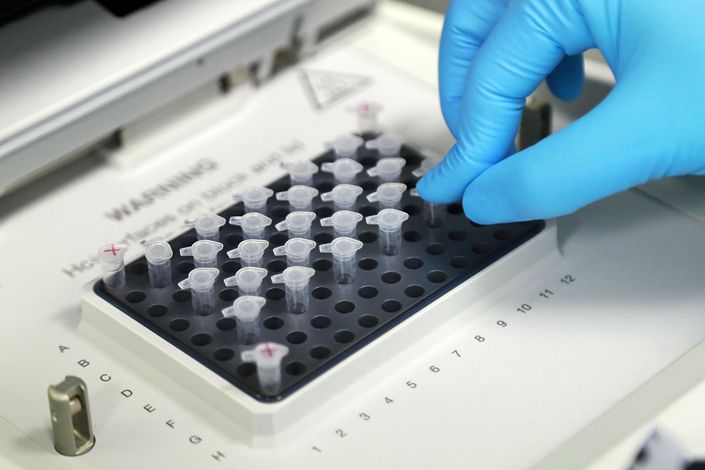 Researchers at the University of Hong Kong reported the case of a 33-year-old man who was infected four and a half months after he first fell ill with a different strain of the virus.

Hong Kong researchers have published the world’s first confirmed account of a person being infected twice with the novel coronavirus, adding evidence to a growing number of anecdotal claims of Covid-19 reinfection.

Researchers at the University of Hong Kong (HKU) reported the case of a 33-year-old man who was infected four and a half months after he first fell ill with a different strain of the virus, suggesting natural immunity in some people might only last for a few months post-recovery. Reports surfaced Tuesday that a patient in the Netherlands and another in Belgium had also been infected with the virus twice.

While significant, the findings are not surprising given the variability of human immune responses and the fact millions of people have been infected across the world, experts said.

But the paper, published in the journal Clinical Infectious Diseases on Tuesday, raises questions about the durability of immunity to the disease, which could have implications for policymakers and vaccine researchers, they said, while warning that broad conclusions shouldn’t be drawn from one case.

Akiko Iwasaki, an immunologist at Yale University, said in a tweet that the findings highlight the need for a vaccine. “Since reinfection can occur, herd immunity by natural infection is unlikely to eliminate the [coronavirus]. The only safe and effective way to achieve herd immunity is through vaccination.”

Brian Oliver, head of the Respiratory Molecular Pathogenesis Group at the University of Technology, Sydney, told Caixin on Wednesday that while news of reinfection may appear frightening, it was consistent with the immune response to many other viruses.

Immunity means “your immune system is primed to recognize a particular pathogen and deal with it quickly,” Oliver said. “It doesn’t mean that it won’t infect you again — but it means you’ll deal with it quickly if it does. With a respiratory virus, often what we’ll get is an infection reappearing, but the second time around the symptoms are reduced.”

Bruce Thompson, dean of the School of Health Sciences at Melbourne’s Swinburne University, said in a statement that the paper fits with “already existing information regarding how long the immune response lasts post-infection.”

Previously, doctors in China, South Korea and United States have reported cases in which people tested positive after recovering from Covid-19, but these have often been written off as being due to inaccurate test results or the body taking a long time to clear the infection.

The HKU team is the first to provide genetic evidence of a reinfection. They analyzed samples taken both times the man was infected and identified significant genetic differences between them, suggesting that there were two distinct infections.

The patient’s first case was diagnosed in late March, and he was hospitalized for more than two weeks with what the researchers described as mild symptoms. He was discharged after two consecutive swab tests returned negative for the virus. On Aug. 15, the patient tested positive again after a trip to Spain via the U.K. According to the HKU team, he had picked up a strain that was circulating in Europe in July and August.

Several lines of evidence, including genome analysis and clinical evidence, supported the conclusion that the second bout was a new infection rather than a prolonged one, the researchers wrote.

Ivan Fan-Ngai Hung, one of the paper’s authors, told Caixin that the antibodies produced in the patient’s first episode may have diminished over time to the point that he was vulnerable to reinfection. Such antibodies could start to decline as early as within one to two months, said the report, citing recent studies.

While no antibodies were detected after the first infection, that may have been because the blood sample the researchers relied on was taken 10 days after he first showed symptoms. Previous studies have shown that an antibody response might only be detectable in some patients as many two to three weeks after onset of symptoms.

Nevertheless, the patient developed detectable antibodies after the second infection, in what experts called an encouraging sign.

Virus could be here to stay

The HKU team said their research suggested SARS-CoV-2, the virus that causes Covid-19, could continue to circulate among humans even in the face of natural or vaccine-induced herd immunity, though subsequent infections with the disease would be milder than the first.

That means the disease could behave like “common-cold associated human coronaviruses, even if patients have some degree of acquired immunity,” according to the paper.

Nigel McMillan, director of infectious diseases and immunology at Menzies Health Institute Queensland, Griffith University, told Caixin that the paper reveals that the novel coronavirus “is behaving more like normal viruses, that immunity is waning potentially, and that it’s allowing reinfection.”

But there was broad agreement that a single case should not be used to draw population-level conclusions. “Much more data is required for us to understand the implications of reinfection,” Thompson said.

The HKU’s researchers said that vaccination and control measures such as masking and social-distancing should also be considered for patients who had recovered from the coronavirus given that reinfection still occurred despite some level of specific antibodies.

Sarah Palmer, co-director of the Centre for Virus Research at the Westmead Institute for Medical Research, also urged policymakers to “underscore the need for continuing strict preventative measures until an effective vaccine is available and widely distributed.”