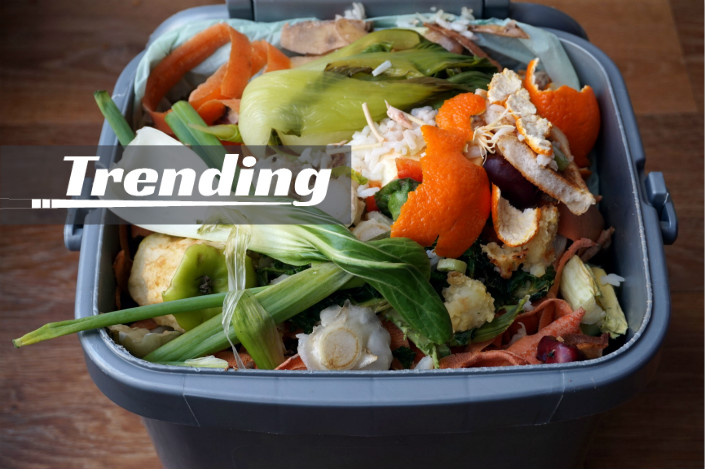 China’s regulators and restaurants are waging war on food waste, urging people around the nation to adopt thrifty habits. Previously, state media has called out livestreamers who engage in “mukbang”—eating shows where hosts devour large amounts of food while interacting with viewers—and accused them of being wasteful. But when the aggressive “clean plate” campaign is left open to interpretations on a local level, it has given rise to unexpected measures that some netizens see as downright ill-conceived.

Since 2015, a high school in Hunan has been implementing a rule that seems to be getting stricter: if a class wastes an average of 100 grams of food per student, the entire class will be disqualified for scholarships. Additionally, students with excessive leftovers will be fined 100 yuan ($14.5). Media footage from last week shows the school weighing and keeping detailed records of the leftovers from each class, solemnly noting that one class “threw away too many duck bones.” The cafeteria, which serves over 18,000 students and teachers, claims to have reduced food waste by thousands of kilograms every day.

Meanwhile in Tianjin, a restaurant has started offering male and female versions of packed lunches. According to the restaurant, the female version contains less rice and one less meat-based dish in order to “accommodate women’s lower required food intake,” but is priced the same as its male counterpart. After this arrangement caused a considerable backlash for gender discrimination on social media, city authorities weighed in disapprovingly with, “people are equal in the face of food.”

Across China, restaurants swept up in the “clean plate” frenzy are rolling out “creative” measures in quick succession. A restaurant chain in the city of Changsha stirred up controversy when it began weighing the body mass of customers to suggest dishes containing “appropriate” calories and ingredients. In Henan, a hotel has decided to punish its staff if customers leave too much food behind.

Puzzled netizens have asked why restaurants and schools feel the need to devise such a variety of measures that might actually be counterproductive. Regarding the Hunan high school’s policy of linking leftovers with scholarship eligibility, the top comment on Weibo reads, “It’s one thing to encourage saving food. But what does it have to do with taking away the scholarship of an entire class?” As for Tianjin’s packed lunches based on gender, one user wrote, “Not only do women have to endure unequal pay for the same work, now there is unequal food for the same price.”

Many netizens have their own experiences with mandatory “clean plate” campaigns that have gone overboard. One college student wrote that he would rather stay hungry than finish eating all the fatty dishes cooked by his college cafeteria. Apart from urging cafeterias to create healthier and tastier recipes, people have also joked, “local decision-makers can always come up with the most absurd and impractical interpretations of well-intentioned national initiatives.”