China Fights Back With Potential Spoiler for U.S. TikTok Takeover 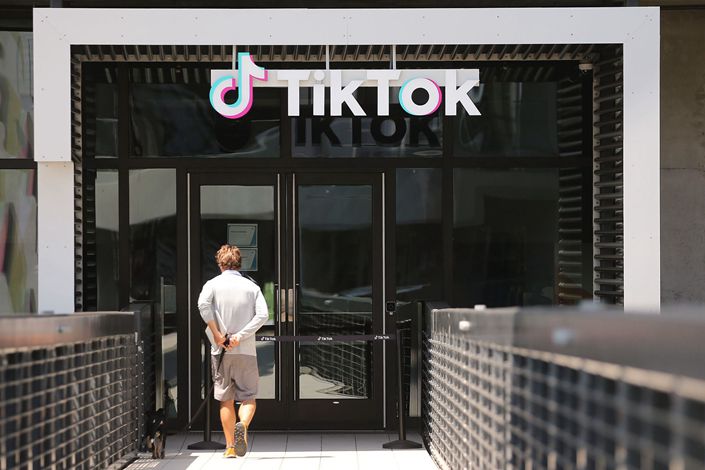 The update announced Friday marks one of the first major pushbacks by China beyond simple words of protest in response to a systematic campaign by U.S. president Donald Trump, who has argued Chinese technology and the companies behind it pose national security risks due to their ties to Beijing.

TikTok has been under constant assault for much of this year by U.S. lawmakers who say its owner, ByteDance, could be forced to give its pool of data on millions of U.S. users to Beijing due to its status as a Chinese company beholden to the government. ByteDance has argued TikTok is based offshore and therefore not subject to Chinese law.

Despite that, Trump has issued two executive orders requiring TikTok to sell its U.S. operations or risk having the video-sharing service banned. The second of those orders on Aug. 14 required the sale within 90 days.

But such a deal might now require Chinese government permission, under updated technology export restrictions published on Friday, according to an expert cited by the official Xinhua news agency. The update saw 23 items added to the list of technology products that require government approval for export, as well as modification of parameters for 21 existing items.

Both of those categories appear to apply to the algorithms that are considered a key component behind what has made ByteDance into the world’s most valuable high-tech unicorn. The company is famous for its addictive apps like TikTok and TikTok’s domestic Chinese equivalent Douyin, as well as its popular Toutiao news app. Such apps, among dozens operated by the company, use artificial intelligence that can rely on things like facial expressions as well as content preferences to “push” content to users based on their personal tastes.

The Chinese Commerce Ministry’s updated catalog states that all transfers of technology outside of China, regardless of whether for trade, investment or for other reasons, must strictly abide by the nation’s code for technology imports and exports. It states that restricted technologies must be approved by a Commerce Ministry office at the provincial level or higher. Actual negotiations can begin and an export contract can be signed after such approval is received.

Once an application is received, the relevant Commerce Ministry office will perform a review and make a determination within 30 working days.

ByteDance’s homegrown technologies have been an important element behind the success of TikTok overseas, Cui Fan, a professor at the University of International Business and Economics told Xinhua. He noted that for TikTok to continue operating smoothly after a sale, ByteDance will need to either license or sell its core algorithm services to the buyer, which constitutes an export of technical services and requires government approval.

“Therefore, it is suggested that ByteDance carefully study the revised catalogue, seriously and carefully consider whether it is necessary to suspend substantive negotiations on relevant transactions, comply with statutory application and reporting procedures, and then take further actions as appropriate,” Cui told Xinhua.

In its own response to questions about the changes, a Commerce Ministry spokesman said the latest adjustments were aimed at standardizing the management of technology exports and promoting technical cooperation with other countries, while also safeguarding China’s economic security. The ministry pointed out it had been seeking opinions since July 2018 before making the latest changes. It added the list was last modified in 2008, and those changes took effect in May 2009.

Following Trump’s order to sell TikTok’s U.S. business, ByteDance has been in talks to sell the service’s operations in the U.S. and several other countries with at least two groups, one pairing software giant Microsoft and retailing giant Walmart; and the other led by Oracle and possibly including some financial backers. Twitter has also reportedly shown an interest in the past, and Bloomberg reported that Triller, an app used by people from the music and entertainment industries, had also sent a letter of interest to ByteDance.

Outside the U.S., TikTok has also faced difficulties in India, one of its other major global markets. In June India banned the popular app, one of 59 Chinese apps banned in the country, on national security grounds following a flare-up in the two countries’ decades-long border tensions.