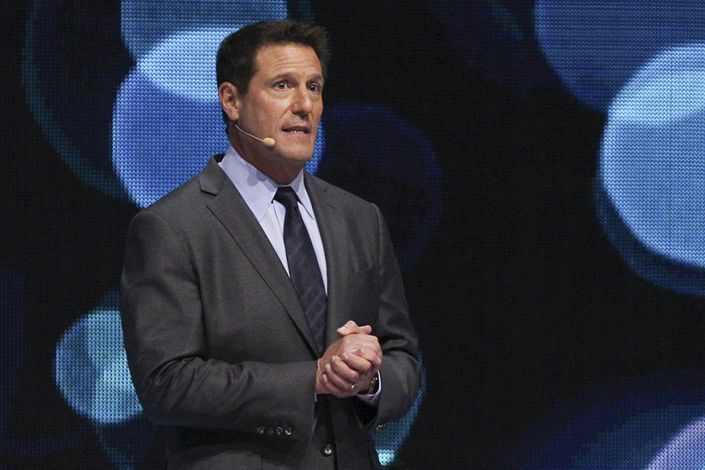 Former Disney executive Kevin Mayer has resigned as chief executive of TikTok less than three months after taking on the top position at the embattled video-sharing app that has come under assault from the administration of U.S. President Donald Trump.

“It’s the decision of the respected Kevin Mayer, and we thank him for his efforts at TikTok,” the company said in a brief statement, confirming news first reported by the Financial Times. Mayer had joined TikTok at the beginning of June.

TikTok has been in the headlines nonstop in recent weeks after Trump signed an executive order forcing ByteDance to sell its U.S. operation due to concerns about a Chinese company owning such a major U.S. app. The administration contends ByteDance could provide information on the app’s millions of domestic users to Beijing — something the Chinese company says it wouldn’t do.

“In recent weeks, as the political environment has sharply changed, I have done significant reflection on what the corporate structural changes will require, and what it means for the global role I signed up for,” Mayer said in a letter to employees seen by Caixin. “Against this backdrop, and as we expect to reach a resolution very soon, it is with a heavy heart that I wanted to let you all know that I have decided to leave the company.”

After Mayer’s departure, General Manager Vanessa Pappas will replace him on an interim basis, effective “immediately,” according to a Zhang’s internal letter to employees reviewed by Caixin.

Mayer’s abrupt departure adds to the woes of the Chinese company, which has over the years tried to position itself as a global company by going on a hiring spree to recruit local talent to manage its businesses outside China.

During Meyer’s three-month reign at ByteDance, he witnessed some dramatic developments. Late in June, the Indian government announced it would ban a total of 59 Chinese apps, including TikTok, arguing that the Chinese apps collect user data and feed them to the Chinese government.

Mayer became TikTok’s public face in defending the Chinese company. In July, after Trump said the U.S. government would adopt a similar ban of TikTok, Mayer took to ByteDance’s website, publishing an article that said TikTok is a responsible community member in the U.S. and will obey American laws.

Mayer emphasized that his decision was a personal one and had nothing to do with the Chinese company. “Yiming understands my decision and I thank him for his support on this,” Mayer said, referring to ByteDance’s founder and CEO Zhang Yiming.

Earlier this week TikTok and ByteDance filed a lawsuit in federal court challenging Trump’s executive order, arguing the president’s decision was made “for political reasons,” is unconstitutional and violates rights to due process.