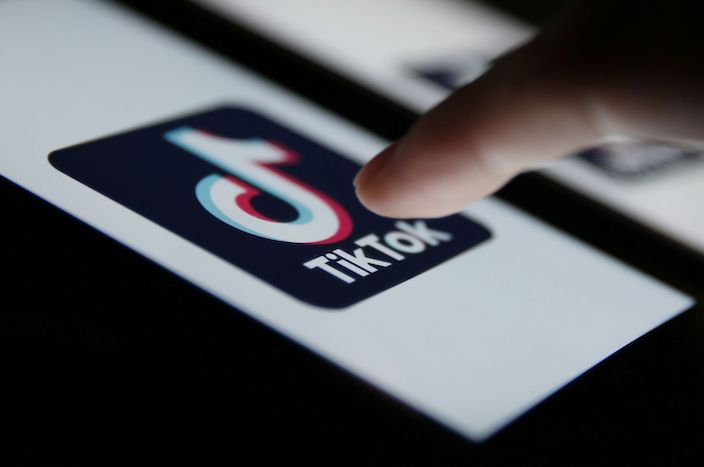 (Bloomberg) — TikTok asked a federal judge to block the Trump administration from enacting a ban on the social media network, bringing a geopolitical fight over technology and trade into a U.S. courtroom.

TikTok and its Chinese parent, ByteDance Ltd., sued Monday in federal court in Los Angeles to challenge an Aug. 6 order by President Donald Trump barring U.S. residents from doing business with TikTok. Trump said TikTok poses a security risk for user data. The company said the president’s decision was made “for political reasons,” is unconstitutional and violates rights to due process.

Trump’s executive order would “destroy an online community where millions of Americans have come together to express themselves, share video content, and make connections with each other,” TikTok said.

While the order isn’t to take effect for weeks, it escalated tensions as the Trump administration declared Chinese businesses a security risk and Beijing assailed the administration as targeting China to score political points. TikTok argues it poses no security threat.

The White House issued a second order Aug. 14 under a separate national security law that would force ByteDance to sell its U.S. assets. That order is based on an investigation by the Committee on Foreign Investment in the U.S. Decisions by the interagency panel, which is led by the Treasury Department, are all but impossible to overturn in court.

Trump is stepping up his campaign against China, betting it will help him win reelection in November despite upsetting millions of younger TikTok users. Secretary of State Michael Pompeo urged American companies to bar Chinese applications from their app stores, part of his “Clean Network” guidance designed to prevent authorities in China from accessing the personal data of U.S. citizens.

The outcome will also have implications for an increasingly interconnected global economy. Microsoft Corp. and Oracle Corp. are among those already showing interest in buying TikTok.

The challenge faces an uphill fight, according to James Dempsey, executive director of the Berkeley Center for Law and Technology at the University of California, Berkeley. Courts don’t generally review the president’s determinations on questions of national security, Dempsey said before the case was filed.

But the company may be successful with a due process argument “that focuses not on the president’s ultimate decision but on the company’s lack of an opportunity to respond to the evidence against it,” Dempsey said. “A First Amendment challenge is also possible, but TikTok will have to establish that it has a First Amendment right to be on the phones of Americans or that TikTok is a publisher, separate from the First Amendment rights of its users.”

Trump has threatened penalties for any U.S. resident or company that conducts transactions with TikTok or WeChat, a popular Chinese messaging app, saying that having Americans’ personal data exposed to China creates a national security risk. The apps could get bumped off Apple Inc.’s and Google’s app stores.

“This executive order risks undermining global businesses’ trust in the United States’ commitment to the rule of law, which has served as a magnet for investment and spurred decades of American economic growth,” TikTok said in a statement hours after Trump’s order. “And it sets a dangerous precedent for the concept of free expression and open markets.”

While the order blocks all transactions involving the WeChat app, it doesn’t amount to a broader ban on dealings with its owner, Tencent Holdings Ltd., according to a U.S. official. Still, Tencent’s U.S.-listed shares fell 7.4% in the immediate response to Trump’s Aug. 6 decree.

A group of WeChat users sued Friday in San Francisco federal court saying Trump’s ban on the messaging app violated their rights to free speech and due process because it doesn’t provide notice of the specific conduct that’s prohibited.