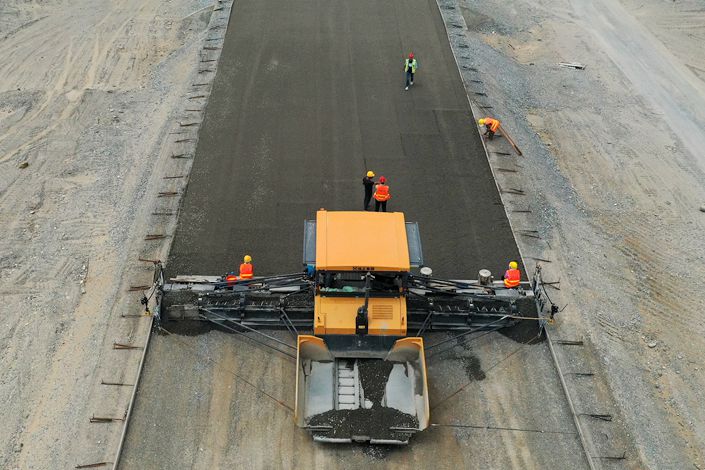 In the first six months, the conglomerate recorded a 2.5% year-on-year uptick in revenue, but profit slumped 37.2% to 5.52 billion yuan.

State-owned builder China Communications Construction Co. Ltd. (CCCC) posted its first half-year profit drop since 2013 amid the impact of the pandemic, a week after several subsidiaries were sanctioned by the U.S. over issues related to the South China Sea.

In the first six months, the conglomerate recorded a 2.5% year-on-year uptick in revenue to 245.41 billion yuan ($35.77 billion), but profit slumped 37.2% to 5.52 billion yuan, according to an interim report filed to the Hong Kong Stock Exchange on Friday.

This was caused by the suspension of some projects and the three-month nationwide waiving of road tolls, a source of revenue for CCCC, the report said. However, the group’s half-year capital expenditure rose by 9.8% to 22.83 billion yuan thanks to greater spending on infrastructure.

Markets outside the Chinese mainland — including Australia, Hong Kong and several African countries — contributed 15.51% of total revenue. While this declined from the previous year, it remained a greater proportion than its peers China Railway Construction Co. Ltd., with 8.72%, and China Railway Group’s 5.1%.

The value of new contracts sealed by the group grew both at home and overseas in the second quarter compared with the January to March period, taking its first-half total to 533 billion yuan, up 7.3% year-on-year and reaching 51% of its yearly goal.

New overseas projects made up more than a quarter of the total value of the new contracts, up by 3.7% year-on-year.

However, Shi Yingtao, deputy general manager of the giant’s overseas business department, said the pandemic’s impact would be felt more powerfully in the second half and result in slower new-order growth.

The U.S. Department of Commerce on Wednesday imposed export restrictions on five CCCC subsidiaries that specialize in dredging, which the department said was in response to the company’s involvement in efforts to “reclaim and militarize disputed outposts in the South China Sea.”

In response, the conglomerate said it doesn’t do any dredging in the U.S. and doesn’t utilize or import any U.S. technologies for its core businesses.