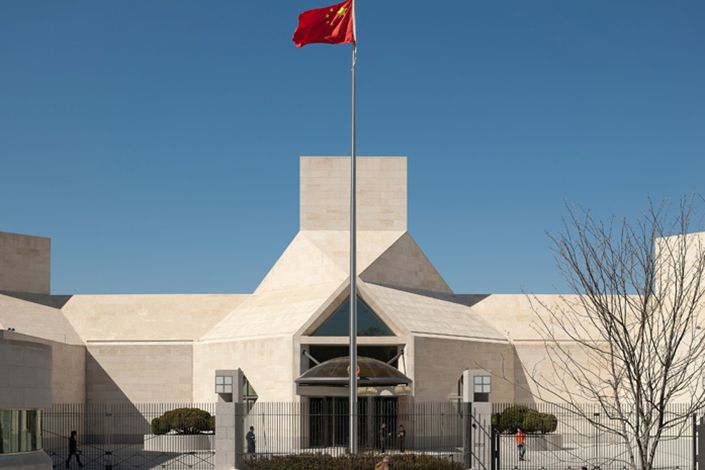 China's embassy in Washington. Photo: Embassy of The People's Republic of China in The United States of America

The Chinese Embassy in the United States took a shot at the U.S. State Department’s latest restrictions on its senior diplomats in a statement released on Thursday, calling them “unjustified” and urging the U.S. side to “correct its mistake and revoke the decision.”

“With the excuse of reciprocity, the US imposed yet another unjustified restriction and barrier on Chinese diplomatic and consular personnel on September 2,” the statement said.

The response came after the State Department on Wednesday imposed fresh restrictions on senior Chinese diplomats’ activities, requiring them to get approval from the department before visiting university campuses, meeting local government officials or holding cultural events with more than 50 people outside mission properties.

“We’re simply demanding reciprocity,” Secretary of State Mike Pompeo said in a press conference. “Access for our diplomats in China should be reflective of the access that Chinese diplomats in the United States have, and today’s steps will move us substantially in that direction.”

The Chinese embassy disputed the U.S. side’s accusations, saying that “China has always supported and provided necessary facilitation for foreign diplomatic and consular personnel, including those from the US, to perform their official duties in China.”

“We urge the US side to correct its mistake, revoke this decision and provide support and facilitation for Chinese diplomatic and consular personnel in the US to perform their duties as well,” it added.

Last October, the U.S. imposed initial restrictions on the activities of Chinese diplomats, in which they were only required to give notice, instead of obtain approval, for meetings with state and local officials and at educational and research institutions.