By Huang Shulun and Ingrid Luan 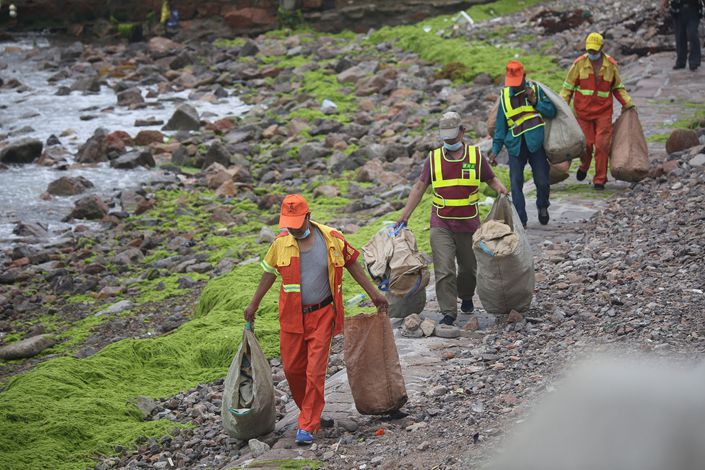 The high-tech manufacturing hub of Shenzhen is set to enact a local environmental regulation on Oct. 1 that will empower non-governmental organizations (NGOs) to file lawsuits against polluters, the first public interest law of its kind in China.

In doing so, Shenzhen will serve as a trailblazer for China’s national legislation on such lawsuits, known as environmental public interest litigations (EPILs), according to the Shenzhen government website (link in Chinese).

The Guangdong province metropolis, home to 13 million people and eight Fortune 500 companies, including Huawei Technologies Co. Ltd. and Tencent Holdings Ltd., has been a testing ground for the country’s new policies for four decades.

The legal reforms have been bolstered by top-level political commitment. The Communist Party’s Central Committee last October emphasized that “the system of environmental public interest litigation must be improved.”

China’s updated Environmental Protection Law in 2015 also stipulated that NGOs should be able to litigate against violators on behalf of the greater public interest. Premier Li Keqiang said in a press conference that year the law would be China’s “ultimate weapon in the war against pollution.” The government later made Shenzhen one of the first pilot cities for public interest lawsuits.

But few NGOs in Shenzhen have since filed environmental lawsuits due to the exorbitant costs, difficulties in collecting evidence, and the collusion between local governments and companies.

An employee at an environmental NGO told Caixin that sometimes the local courts would protect the defendant companies by rejecting lawsuits or trying to stop the legal process, and such cases could last more than three years.

In order to encourage the NGOs to fight for environmental protection, Shenzhen’s new regulation also lowers the costs for such litigation, allowing them to be reduced or deferred if they cannot afford them or lose the case.

Shenzhen will also establish a public welfare fund to cover anti-pollution lawsuit costs and repair illegal ecological damage. The fund will be made up of compensation from violators and community donations.

According to the regulation, the public prosecutors will also play a “front-line” role, directly filing lawsuits on major EPIL cases across government departments, industries or regions. Prosecutors in Shenzhen have provided advice on over 250 legal questions and eight cases related to environmental problems.