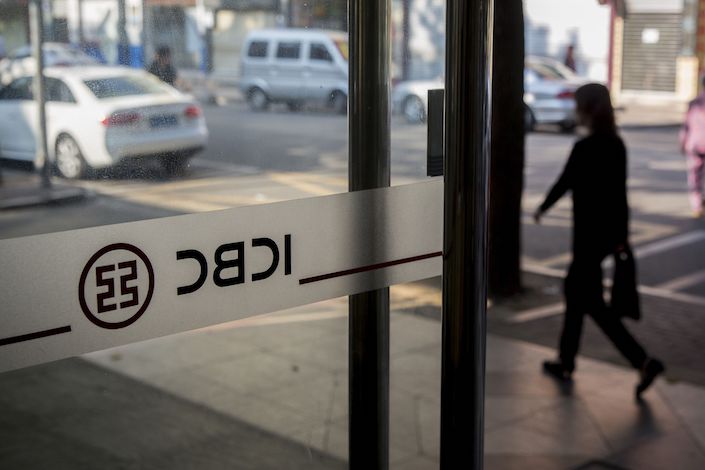 A pedestrian walks past the entrance of a Industrial and Commercial Bank of China Ltd. (ICBC) branch in the Gongbei district of Zhuhai

Industrial & Commercial Bank of China Ltd. (ICBC), the world’s largest lender, and three domestic competitors plan to sell a combined 195 billion yuan ($28.5 billion) of perpetual or tier-2 capital bonds in September, said people working on the plans who asked not to be named discussing internal matters. Those issuances alone would amount to the second-highest monthly such borrowings ever in China, according to data compiled by Bloomberg.

Enlisted to ease the financial hardship of consumers and businesses hurt by the coronavirus pandemic, Chinese banks are under increasing stress. Authorities have called on them to forgo 1.5 trillion yuan in profit by providing cheap funding, deferring payments and increasing lending, eroding their capital buffers as they struggle with a record pile-up of nonperforming loans (NPLs).

“Banks need to make long-term preparations to stabilize their asset quality, hence comes the demand to replenish both tier-1 and tier-2 capital,” analysts led by Zhang Jiqiang at Huatai Securities Co. wrote in a report last month. “NPLs will probably continue to rise.”

While they still currently meet minimum domestic requirements with a safe margin, China’s four biggest banks face a shortfall of $220 billion to meet global capital rules kicking in at the start of 2025, S&P Global Ratings said in a report last month. That gap may increase to more than $900 billion over the next few years as economic pressure weighs on earnings, S&P said.

The planned borrowings are part of broad fundraising plans proposed by the banks to their boards and shareholders earlier. Some of the issuance is pending regulatory approval, said one of the people, which may delay the timing.

ICBC declined to comment. Bank of Communications and Guangfa Bank didn’t immediately respond to requests for comment. Postal Savings Bank said in a text message it will choose an appropriate window for the offering.

Investor enthusiasm for the debt deluge may be limited. Weakening demand, as reflected in sliding prices on subordinated notes, doesn’t bode well for new issues, according to the Huatai analysts.

The price of Agricultural Bank of China Ltd.’s 4.28% perpetual bond declined to a one-year low this month, and a similar 3.69% note issued by Postal Savings Bank at the end of last month slid to the lowest level since it was issued in March, trading at 96.84 yuan of its 100 yuan face value.

Policymakers have acknowledged concerns over capital at the banks. Xiao Yuanqi, a spokesman of China’s banking regulator, told a press briefing last week that no matter how the pandemic and the economy develop, authorities will ensure a solid capital foundation. Liu Guoqiang, the deputy central bank governor, said at the same briefing that the People’s Bank of China is working with various departments to ensure that banks have enough capital.