By Liu Peilin, He Shujing and Anniek Bao 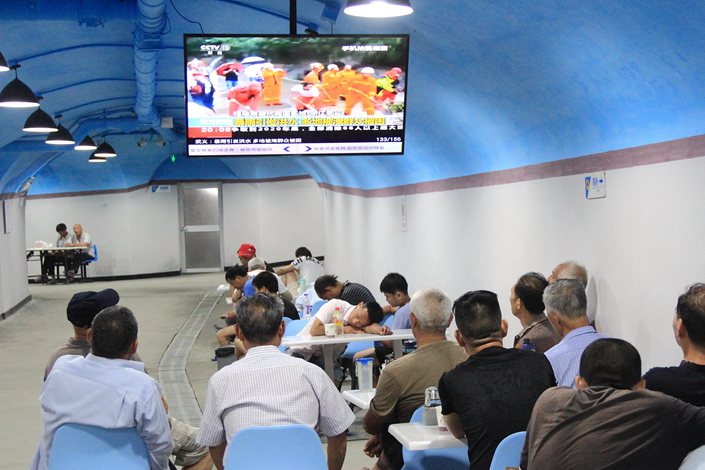 It was a tough six months for China’s traditional cable TV providers as policy changes and virus blowback ratcheted up pressure on an industry already vulnerable to disruption.

Profits of nearly a dozen mainland-listed cable networks crashed in the first half, as people opted to watch shows online, and as the government pushed TV providers to offer free content as a way of encouraging people to stay at home amid the Covid-19 outbreak.

User subscriptions slipped 1.48% quarter-on-quarter to 206 million in the first three months, and wired TV’s share of the nation’s overall TV market fell to 45.58%, compared to 64% at the end of 2016, according to data compiled by video industry research institute Guideline Research and China Broadcasting Network Corp. Ltd.

Hunan TV & Broadcast Intermediary posted a net loss of 267 million yuan ($39 million) in the first six months after making a profit of 11.17 million yuan in the same period last year, attributing the loss to severe disruptions to its cashflows from advertising payments and travel subsidiaries.

The company reported a 15.4% decline in revenue to 2.46 billion yuan in its midyear financial report, with its tourism business revenues nosediving 79.1% year-on-year to 32.55 million yuan and advertising payments falling 14.96% to 1.26 billion yuan. The broader shift to wireless broadcasting technology also took a toll on the company’s cable internet business, which lost 195 million yuan in the first half of the year.

Wuhan-based Hubei Radio & TV reported a loss of 17.4 million yuan after making profits of 131 million yuan over the same period last year. Despite narrowing its churn rate — the proportion of people opting out of the service — revenue still declined 14.6% to 1.07 billion yuan.

Guangxi Radio & TV recorded the steepest revenue decline, falling 16.65% to 795 million yuan, leaving the company with a loss of 56.43 million yuan, its first since listing in Shanghai in 2016.

The 101.2 billion yuan juggernaut will have a significant advantage over current players in the space by being able to offer a combination of 5G wireless, broadband and paid TV services.

CBN, which itself was formed six years ago with a goal of consolidating many of China’s regional cable TV companies, will hold 51% of UNN’s stakes. Units of Alibaba and State Grid Corp. of China will own 9.88% stakes in the company.

Yang Ge contributed to the story.