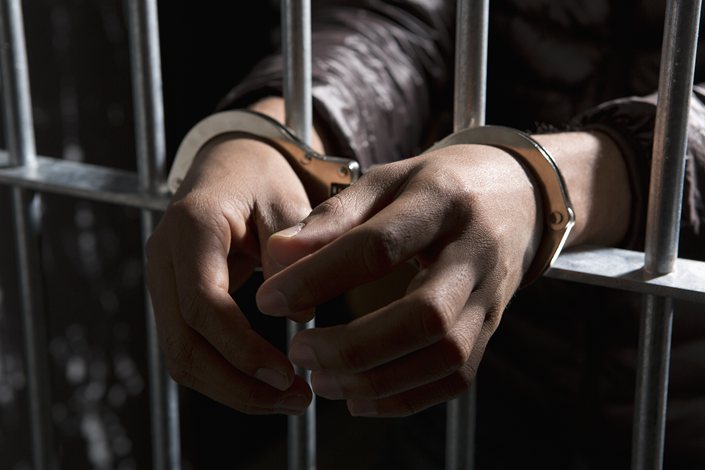 The case spotlights how some criminals use loopholes in China’s prison system to abscond from jail until their release dates, a phenomenon known as serving “on-paper sentences.”

Authorities in North China have launched an investigation into a high-profile corruption case involving a convicted murderer who never served out his jail sentence and went on to steal tens of thousands of dollars’ worth of government funds while working as a village chief.

Batumenghe, 45, of Chen Barag Banner in the Inner Mongolia autonomous region, was sentenced to 15 years behind bars in 1993 for killing his former childhood schoolmate in an altercation following a mahjong game.

But he was soon granted medical parole and returned to his home village without going to prison. He later joined the Communist Party and represented his local county-level jurisdiction at China’s highest legislature before his recapture in 2017.

The case spotlights how some criminals use loopholes in China’s prison system to abscond from jail until their release dates, a phenomenon known as serving “on-paper sentences.”

In May 1992, Batumenghe, an ethnic Mongolian who goes by a single name, stabbed 19-year-old Bai Yongchun during an argument sparked while playing the Chinese tile-based game. Bai later died from his wounds.

The following June, an intermediary court in Hulunbuir sentenced Batumenghe to 15 years’ imprisonment with a two-year suspension of his political rights.

Soon after the verdict, Batumenghe was admitted to hospital, complaining of fluid retention and blood in the urine, according to reports last week by China Comment, a twice-monthly magazine published by state news agency Xinhua.

During his hospitalization, Batumenghe’s mother — who worked as a cadre in the local government family-planning office — and uncle secured his parole on medical grounds. Multiple people with knowledge of the matter recalled that his parole form bore the signatures of several influential government and judicial officials, China Comment reported.

Batumenghe did not go to jail after his treatment, but instead returned to his home village and lived a normal life, according to the magazine.

The situation was hard for her family to understand, she told Caixin, adding: “I can’t say for sure whether his relatives and others called in personal favors or engaged in dereliction of duty.”

When Batumenghe’s sentence ended in May 2007, he and his mother returned to his former detention center and obtained a stamped document stating that he had served out his time, China Comment reported.

As a free man, he reportedly worked a brief stint as an accountant before joining the Communist Party in January 2009 without disclosing his criminal past.

His political career began later that year when he was elected as the head of a village near the China-Russia border. He spent eight years in the role, also serving as the National People’s Congress deputy for Chen Barag in 2012.

But his rise to prominence did not dissuade Han from seeking justice for her son. In 2016, her pleas reached the ears of a police officer involved in the murder case. A subsequent probe found Batumenghe had violated the terms of his medical parole by failing to return to jail within a year, the officer said in an interview with state broadcaster China National Radio (CNR) last week.

In April 2017, prosecutors in Chen Barag demanded Batumenghe be arrested. A court subsequently convicted him of absconding while on bail and ordered him to serve a further 13 years and seven months behind bars, CNR reported.

But the story didn’t end there. Local livestock herders later claimed Batumenghe had committed “occupational crimes,” a byword for corrupt dealings, during his time as village chief. An internal Communist Party investigation found he had embezzled 282,000 yuan ($41,289) from government environmental conservation funds during his time in office, China Comment reported.

Batumenghe was expelled from the Party in January 2018 for “serious legal and disciplinary violations” and was turned over to China’s judicial system. A court found him guilty of corruption in June that year, and a judge extended his sentence to 15 years, handed down a 200,000-yuan fine and ordered a further two-year suspension of his political rights.

“Why wasn’t he put in prison for murdering someone in the first place? Who let him go?” she said to CNR. “The law should snatch up the people who … formed Batumenghe’s protection ring.”

Multiple calls by Caixin to the procuratorate of Hulunbuir — the city which administers Chen Barag — and to the Chen Barag publicity department went unanswered.

Inner Mongolia authorities said in a statement posted Sunday on an official WeChat account that an investigation had been launched into the case and it would strictly punish any further violations “in accordance with (Party) discipline and the law.”