Editorial: For China, Getting the Digital Yuan Right Is More Important Than Getting It First 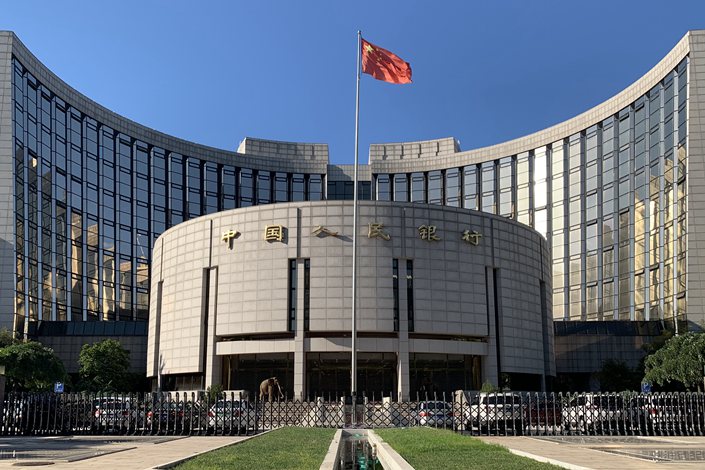 The People’s Bank of China in Beijing.

In recent days, people in certain pilot areas in China have started testing a banking app called Digital Renminbi Wallet. Although the function was removed within hours, it still drew a lot of public attention, as it marked an important milestone in the development of China’s much-touted state-backed digital currency.

Since the People’s Bank of China (PBOC) began looking into such a currency in 2014, each step, from research and development to testing, has touched sensitive nerves in the financial market and beyond. Some commenters observed that the near-realization of the digital yuan means China might soon become the first nation to issue its own state-backed digital currency.

Yet the central bank is still preaching caution. The relevant officials have said on several occasions that there is no timetable for the digital yuan’s rollout and repeatedly stressed that research and development of a digital currency must follow the principles of stability, security and controllability.

Generally speaking, the thinking behind developing and testing the digital yuan has been clearly defined at every stage. Its issuance forms part of a broader trend that has seen many countries put state-backed digital currencies on their respective agendas.

However, there are still many challenges to its secure implementation. While research and testing proceed apace, we must not rush into a rollout. In China, where upgrading the physical currency is a years-long process, we must be especially prudent about the digital yuan, which will inevitably have significant impact on the financial markets and the functioning of the economy.

In addition to the specific designs of the technical systems, we also face a number of other issues. For instance, we must discuss more deeply the effects of the digital yuan on the design and implementation of monetary policy. We are yet to clearly define the legal status and function of a state-backed digital currency, and the public is particularly concerned about how to protect personal privacy and safeguard wealth. We must start thinking about these problems now to articulate a path forward and set people’s minds at ease.

The PBOC is one of the world’s first central banks to research and develop a digital currency. The project is different from virtual currencies like bitcoin in that it takes national credit as a foundation and has practically the same role and legal status as paper money. Its main use lies in replacing material forms of cash.

Within the existing financial system, the digital yuan will operate on two levels: The central bank will first convert it for designated institutions like commercial banks, and those institutions will then filter the money down to the public. Of course, the specific details of the issuance and operation of the digital yuan are different from conventional money. Carrying out internal trials in many parts of China are a safe and rational way to ensure its development.

However, people still have their misgivings about how to protect privacy. It is well known that the design of the digital yuan follows the principle of “whatever you like at the front end, real-name at the back end” — that is, a controllable form of anonymity. Transactions and money flows are traceable at every link in the chain.

Evidently, the power to trace these currency flows should not stay in the hands of businesses and banks, but must be strictly vested in authorized regulators. Neither other government departments nor the regulators themselves should be able to abuse it.

Similarly, much attention during the research and testing process has been placed on whether the digital yuan is vulnerable to online attacks, whether personal information can be leaked, and whether it is possible to safeguard personal property.

We must strive to resolve the issues discovered during testing and continually optimize the platform. Aiming to ensure the technology is perfectly safe is one thing, but it’s even more important to form legally binding norms and standards if we’re going to totally assuage the public’s doubts.

In other words, privacy protection is not just a technical issue, but also touches on China’s rule of law and national governance. The principle of private property rights is already enshrined in the Chinese constitution. As the PBOC has stressed, we must also uphold strict protections for those who use their private wealth.

However, many central bank officials have also emphasized that we must strike a balance between protecting privacy and cracking down on illegal and criminal activity. This shows that the PBOC has already incorporated privacy protection into its vision for testing the digital yuan.

It is right to seek equilibrium, but so far the discussions on this subject have not gone far enough, leading to exactly the kind of public anxiety we hope to avoid. As the digital yuan project further develops, we must release relevant information in a timely manner. Users of the digital yuan need to learn more about the currency. In the end, whether the digital yuan can flow as freely as intended will hinge on whether the public has sufficient trust in it.

All significant reforms must be grounded in law, but we must avoid legal awkwardness when it comes to the digital yuan. The Law of the People’s Bank of China stipulates that the central bank has a responsibility to issue the yuan, also called the renminbi, and manage its circulation. Article 2 of the Renminbi Management Regulations are clearer, stating that the renminbi refers to currency legally issued by the PBOC, including notes and coins.

All this means that there is a legal hole in China surrounding the use of a digital version of the yuan. More significantly, although the digital yuan and the traditional currency are not mutually exclusive and abide by the same regulatory principles, the digital yuan has its own specific properties that require clearer legal norms for issuances, circulation and transactions.

In particular, we must provide clear and specific limits on the legal status and functions of the digital yuan. In addition, we need a corresponding system designed for the higher standards placed on the digital yuan as it pertains to financial regulation. The establishment of the digital yuan has garnered much attention and investment, but we can’t let it become divorced from the regulatory frameworks constraining it.

The ideal result is that the digital yuan and its legal support structures mature in tandem and are implemented at the same time. This is better than trying the new currency out before amending the law. The digital yuan is not like other reforms: Any form of negligence will damage its credit, and credit is the lifeblood of legal currencies.

Launching the digital yuan is a huge and complex systemic project that cannot be rushed. We must make ample overall preparations. Apart from the physical hardware, we must also pay similar attention to “software” like privacy protection and regulatory norms. Once the special properties of a legal currency are determined, safety and reliability must always rank ahead of convenience. We must resist rushing the launch to garner the plaudits of releasing the world’s first state-backed digital currency. Only then can we be sure that the digital yuan will be stable enough to go the distance.