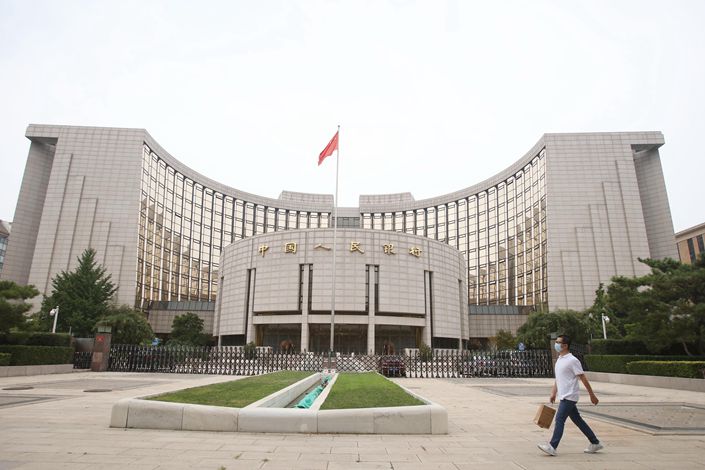 Two of the country’s largest state-owned banks have jumped on China’s digital currency bandwagon as the central bank looks to expand internal testing of the virtual yuan, sources familiar with the matter told Caixin.

With the digital currency designed to replace some physical cash in circulation, Chinese lenders are testing it in real life payment scenarios with the help of the country’s telecom and internet giants, the sources said.

A notable feature of the digital currency is that it enables people to send and receive funds by touching each other’s phone regardless of whether or not they are connected to the internet. China Mobile Ltd., one of the country’s three biggest mobile telecom operators, is working with ICBC on development, while the other two, China Telecom Corp. Ltd. and China Unicom, are partnering with BoC, people familiar with the matter told Caixin.

Under a two-tier operational structure, the central bank, which stands behind the virtual currency, will issue it to commercial banks and other institutions, which will circulate it to the public, a PBOC official said last year.

The central bank’s own virtual currency can also give the country a stronger grip over its immense financial sector and reduce potential risks posed by the rise of global cryptocurrencies such as Facebook Inc.’s Libra, industry insiders said.

However, domestic consumers may find that using the virtual currency is no different from using China’s two largest online payment providers Alipay and WeChat Pay. In the world’s largest mobile payment services market, the digital yuan is more likely to benefit those in remote areas without bank accounts, enhancing financial inclusion, some analysts said.

Earlier in April, the central bank confirmed the existence of ongoing internal trials of the digital currency in four regions and in scenarios related to the 2022 Winter Olympics in Beijing. Over the next three years, the trials are likely set to expand (link in Chinese), according to the Ministry of Commerce.

Government-backed virtual currencies have attracted interest around the globe. As of mid-July, five countries and one currency union had retail digital currency pilot programs up and running and at least three other countries had completed trials, according to the Bank for International Settlements.