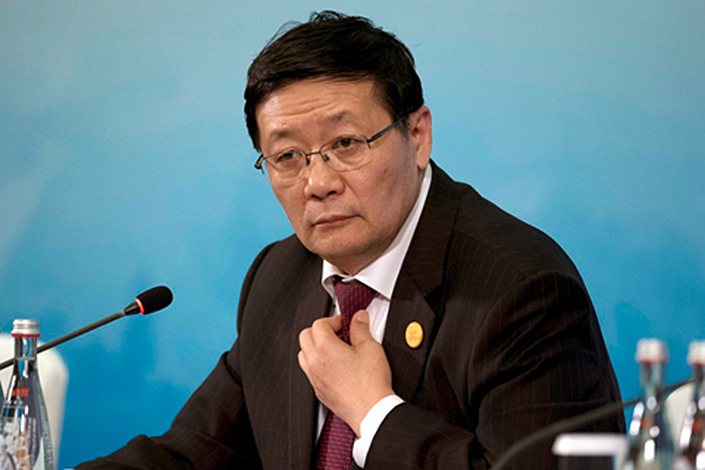 Lou Jiwei, China’s finance minister from 2013 to 2016, is currently director of the foreign affairs committee at the Chinese People’s Political Consultative Conference. This article is a two-part assessment of China’s current foreign relations and market strategy.

To have a clear understanding of the current situation China faces, let’s talk about some major issues first.

The first uncertainty is whether, or when, the global pandemic can be practically contained. Covid-19 containment measures must be effective at a global scale. If some countries fail to control the epidemic, global tourism, transportation and exchange will be affected. In this case, it is very difficult for the economy to return to normal.

A vaccine will be the key to ending the pandemic as many countries have made novel progress in vaccine development, which has now entered Phase III clinical trials. However, it does not guarantee complete containment of the pandemic as the virus now mutates. I think the pandemic will not be contained until next year.

The second uncertainty is China-U.S. relations, as tensions remain high in almost every area. The size of the Chinese and American economies means that their conflict has a great impact on the global economy. As a manifestation of the recent populist surge, the U.S.’ China policy will be very unpredictable, especially during the final phase of the 2020 election season.

The third is the uncertainty of other countries’ short-term policies. Countries such as China and the U.S., as well as EU member states, have to deal with their structural problems. For now, it is difficult to predict whether those countries would push for strong structural reforms. China has the potential ― the more pressure it faces, the more motivated China is to press ahead with structural reforms.

The fourth uncertainty is the investment risks in different countries. China’s economy won’t be on course for a V-shaped economic recovery. As a large economy, China actively participates in world trade, but with the three uncertainties listed above, it is very difficult for China to achieve a V-shaped recovery on its own. Based on July data, the manufacturing and service sectors have recovered steadily, and market sales have continued to rise. China is on track for positive yearly growth.

In the global market, East Asian countries, including China, are probably the only group to achieve positive economic growth despite Covid-19. This is due to the effective containment measures that they East Asian countries took. In this region, people are more supportive of disease control and prevention measures adopted by their governments, which is probably because of their Confucian culture. As a result, the East Asian region has been relatively less impacted by the pandemic.

China has a relatively good containment of Covid-19. China’s fiscal policy has shown a loose tone. The nominal deficit-to-GDP ratio is 3.6%, while the actual deficit ratio exceeds 6%. China’s 1 trillion yuan ($146 billion) special treasury bonds correspond to a 1% deficit ratio; and China will also issue 3.75 trillion yuan special local government bonds this year, 1.6 trillion yuan more than last year’s, corresponding to a 1.5% deficit ratio ― bringing the total deficit ratio to 6.1%. Monetary policy is loose but well under control. It’s important that it not be too loose, to prevent high inflation in the future.

For now, we can observe the CPI is rising mildly due to insufficient demand. In fact, China’s CPI rose by 2.7% year-on-year in July, 2.3 percentage points of which was contributed by the rise in pork prices due to the pandemic and African swine fever.

While countries ease their monetary and fiscal policies, how can they finance the real economy? Based on my observation, fiscal and monetary policy worked together smoothly during the coronavirus outbreak, especially in terms of structure. For instance, central banks issued some structural tools, while finance ministries provided subsidies.

In addition, regulators should be vigilant about preventing systematic risks ― either in financial institutions or small local banks, or in blind expansion in regions or financial sectors ― which had not been paid sufficient attention to before. Regulators are also currently addressing some issues with their own supervision, which have led to risks.