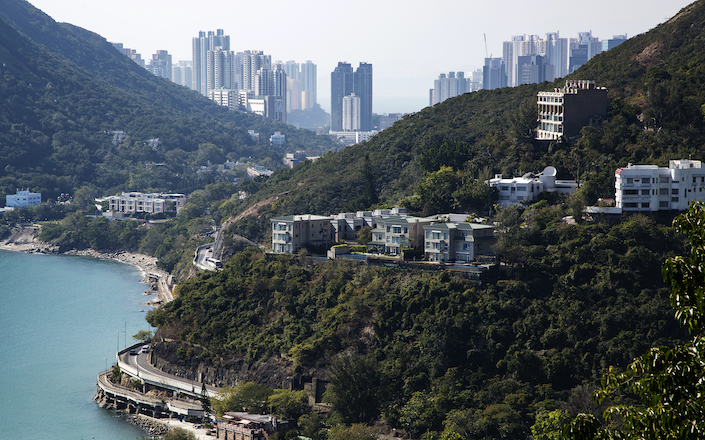 Residential houses in the Shouson Hill area of Hong Kong.

The U.S. government accepted a bid for a cluster of luxury residential properties in Hong Kong and expects to close the sale in late December, according to a spokesperson at the U.S. Consulate General in Hong Kong and Macau.

The six multi-story mansions with 26 units at 37 Shouson Hill Road, in a luxury residential area where Hong Kong tycoon Li Ka-shing’s family lives, was put on the market in May, just days after China unveiled a proposal to impose a controversial national security law on Hong Kong.

The U.S. consulate in Hong Kong didn’t disclose the buyer or the price. Analysts estimated the value of the property at as much as HK$4.7 billion ($606 million), according to a local media report.

Li’s CK Asset Holdings was among the bidders for the property, but the developer told Caixin it was not the winner.

The U.S. government engaged CBRE as the sales agent. Before the tender closed July 31, CBRE disclosed it received many inquiries from interested parties, including Chinese mainland and Hong Kong buyers.

A similar-sized property at 39 Shouson Hill Road sold for HK$5.93 billion in 2018, the largest single transaction by value in the Hong Kong residential market. The buyers were officials from Hong Kong-listed mainland developer China Resources Land. The sale price was equivalent to about HK$86,000 a square foot, while analysts estimated the neighboring property could fetch as much as HK$100,000 a square foot.

The new sale again comes at a sensitive time as tensions are on the rise between the U.S. and China over the national security law. The U.S. views the measure as undermining the city’s autonomy. On May 29, U.S. President Donald Trump threatened that he would revoke Hong Kong’s special customs status in response to the legislation.

The Trump administration hasn’t announced any specific actions, but investors are worried that the threat of revoking the special customs status could diminish business confidence and compromise Hong Kong’s importance as an international financial center.

The U.S. State Department’s Bureau of Overseas Buildings Operations regularly reviews the government’s foreign real estate holdings as part of its global reinvestment program, according to a consulate statement in May. The proceeds from the sale will be reinvested in other U.S. government-owned assets in Hong Kong, the consulate said.

The consulate Wednesday reiterated its May statement that the sale is a “purely commercial decision” that will not affect the current staff and operations of the U.S. consulate in Hong Kong.