By Guo Yingzhe and Liu Yanfei 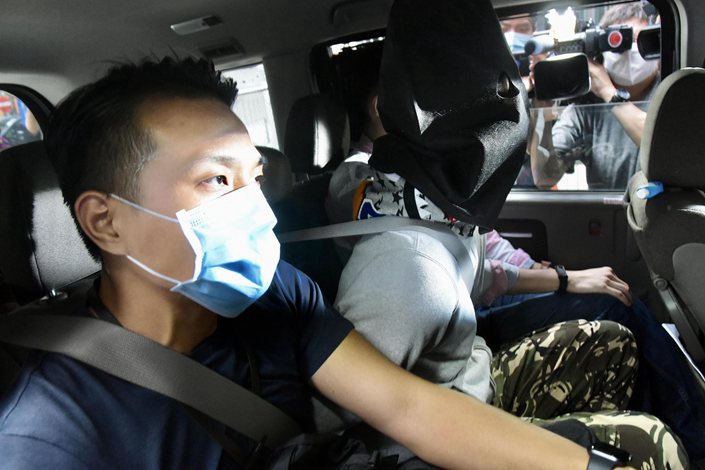 The sudden surge and collapse brought significant losses to many traders, including one elderly investor who lost over HK$1 million.

Hong Kong police said they arrested 15 people on suspicion of manipulating the share price of Next Digital Ltd. over three days in August when the stock surged more than 1000% following the arrest of the company’s owner and founder, Jimmy Lai.

The 14 men and one woman were charged with conspiracy to defraud and money laundering related to possible stock manipulation, according to a police briefing (link in Chinese) on Thursday. The group colluded with each other over social media and made 13,200 transactions involving 1.69 billion shares from Aug. 10 to 12, accounting for 23.8% of the stock’s turnover during that period, earning a combined profit of HK$38.7 million ($5 million), according to numbers provided by the police.

“By pushing up the trading volume, they led investors to believe that the stock was hot and the price would rise, which lured them into the market,” Chung Wing-man, head of the narcotics bureau of the Hong Kong police department told reporters.

Next Digital’s Hong Kong-listed shares started to jump on Aug. 10 when Lai was arrested for alleged violation of the city’s national security law, which went into effect on the evening of June 30. Police raided the publication’s offices, and several executives from the company, which owns the local Apple Daily newspaper, were also arrested.

The sudden surge and collapse brought significant losses to many traders, including one elderly investor who lost over HK$1 million, Chung said.

It’s unusual for the police to get involved in market manipulation cases, as they are by law regulated by Hong Kong’s Securities and Futures Commission. But they are entitled to step in if there is fraud or money laundering involved.

The buying and selling behavior of the 15 suspects was basically identical, implying some kind of link between them, Superintendent Chow Cheung-yau from the narcotics bureau said, adding that one of them had links with organized crime and six were unemployed.

The age and working background of some of the 15 caused the police to doubt their sources of income, adding to suspicions they were involved in money laundering, Chung said. There was also reasonable suspicion that they had colluded, Chow said.