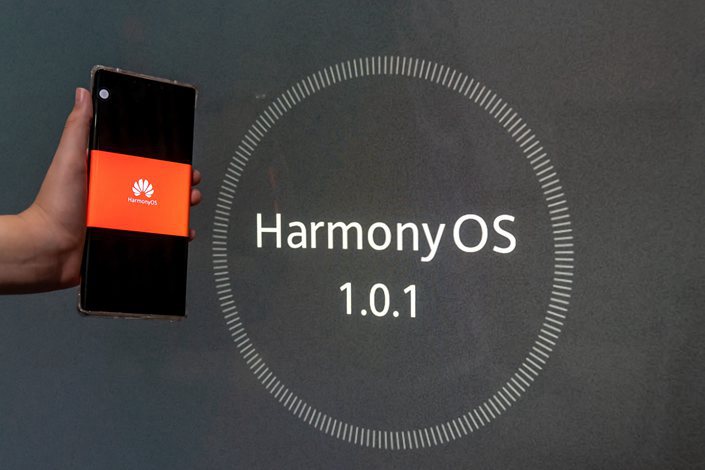 To lure more developers to its platform, Richad Yu said at Thursday’s conference that Huawei plans to open a beta version of Harmony OS 2.0 to developers in December.

Huawei Technologies Co. Ltd. plans to incorporate its homegrown Harmony operating system (OS) into 200 million products including phones and televisions over the next year, as the besieged tech giant seeks to combat U.S. restrictions on its ability to purchase components and software.

At the company’s annual developer conference in the southern Chinese city of Dongguan on Thursday, Richard Yu, head of Huawei’s consumer business group, announced the launch of Harmony OS 2.0, which will power Huawei’s new smartphones starting next year. Huawei often publicizes development roadmaps and touts its new products and technologies at the annual conference.

Huawei first unveiled Harmony OS in August 2019 as an alternative to Google’s Android OS, three months after it was placed on the U.S. “entity list,” depriving it of access to Android and Google Mobile Services (GMS), a collection of Google apps that often come preinstalled on Android-powered devices. At the time, Yu expressed willingness to continue using Android OS if the U.S. government lifted the ban.

A source from Huawei told Caixin that the company’s previous hesitation to equip its smartphones with Harmony OS stemmed from two anti-fragmentation agreements it signed with Google, which stipulated that Huawei-developed services similar to GMS could not be used on GMS-powered handsets. The agreements will expire in November and December respectively, according to Wang Chenglu, president of Huawei’s consumer business group’s software department.

In the second quarter this year, about 76% of Huawei phones sold overseas ran on GMS, as they were made before the U.S. “entity list” was issued.

Thursday’s announcement marks a major step in Huawei’s efforts to decouple its business from Google, which Wang did not see as a misfortune for the Chinese company. Instead, Wang said that it could lead to a complete switch to Harmony OS, which is of great importance to the future development of China’s software industry especially at a time when Washington is escalating its tech war with Beijing.

Meanwhile, Huawei has been encouraging developers to integrate their apps with Huawei Mobile Services (HMS) since May last year, in an effort to build its own mobile app ecosystem on par with that supported by GMS.

To lure more developers to its platform, Yu said at Thursday’s conference that Huawei plans to open a beta version of Harmony OS 2.0 to developers in December.

Huawei started promoting its HMS-powered smartphones overseas in the first quarter this year, though it shipped fewer than 1 million such phones in the first three months. The figure jumped to 3.8 million units in the second quarter, accounting for 24% of its total overseas handset shipments during the period, with Russia, Malaysia, Saudi Arabia, Italy and Turkey being the top five purchasers, according to Jia Mo, an analyst from market research firm Canalys.

So far, Huawei has integrated some 96,000 apps with HMS, compared with nearly 3 million apps on GMS, the company said.

Besides, Huawei has inked agreements with Chinese home appliance makers Midea and Joyoung to integrate Harmony OS with the companies’ products.

Yang Haisong, vice president of Huawei’s consumer business group’s software department, told Caixin that the company aims to have Harmony OS power 100 million Huawei-branded devices and 100 million devices made by other companies within a year.