By Du Caicai and Matthew Walsh 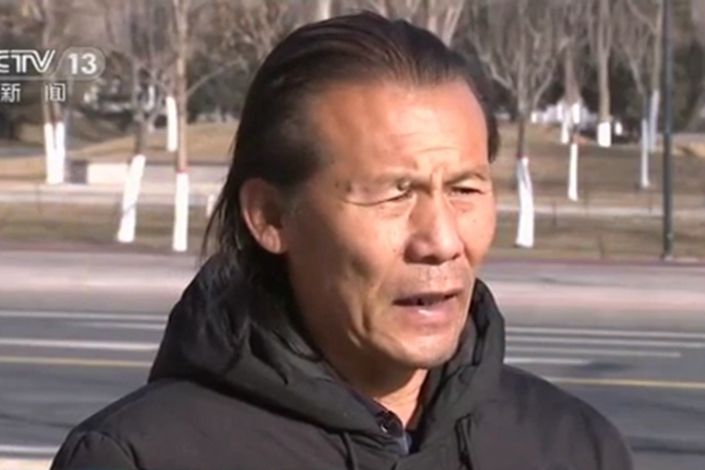 Police in Northwest China have detained three wildlife campaigners on charges commonly used against perceived threats to social stability, raising concerns among the group’s associates that they are being punished for their activism.

The trio “conspired with one another under the name of a wildlife protection association to use beatings, threats, slander and intimidation to commit illegal and criminal offenses,” according to a statement published Wednesday by a district-level public security bureau in the Ningxia Hui autonomous region.

They are accused of “picking quarrels and provoking trouble” — a vaguely defined crime often wielded against people whom authorities deem bothersome — as well as extortion and robbery, the statement said. A further statement released Friday said six other people had been arrested in connection with the case, but gave no details of their identities or alleged crimes.

People who know the three said the scant details of their alleged offenses, combined with perceived attempts at entrapment by local officials and businesses, raise concerns that local authorities are targeting them for their conservation work — a strategy that has been used against environmental activists in other parts of China.

According to Wednesday’s statement, the campaigners are Li Genshan, Zhang Baoqi and Niu Haibo. All are members of a local volunteer group for safeguarding the Mongolian gazelle, an officially protected species native to central Asia, according to the government-linked environmental group China Biodiversity Conservation and Green Development Foundation.

Li probably has the highest profile of the three. The 57-year-old native of Zhongwei, a city of 1 million people in western Ningxia, rose to prominence last year after helping to expose illegal pollution on the fringes of a protected zone in the Tengger Desert. The case led to the punishment of 11 people involved in the incident, including two regulatory officials.

Li has also organized patrols of local volunteers to monitor the gazelles, which are threatened by illegal poaching and habitat destruction. He has won accolades for his conservation work, including an award last year for assisting law enforcement with anti-poaching efforts.

But Li’s acquaintances said his activism has also made him a target of harassment by shady local businesses.

The decision was taken after a man identifying himself as Fang Guorong, who claimed to represent the firm, approached Li and allegedly offered him money to retract the articles, which described land damage caused by building new turbines in an area grazed by the gazelles, according to a person familiar with the matter at Return to the Wilderness.

After Li refused, Fang allegedly threw “three thick wads of cash” at Li’s feet and ran off, said the person, who requested anonymity for fear of retribution.

Worried that the money represented one of “many” attempts to entrap Li and other local volunteers in a potential corruption case, Return to the Wilderness eventually took down the posts on Sept. 5 in return for the power company taking back the money, the person claimed.

The wind company did not respond to Caixin’s request for comment.

Li’s wife, who also requested that her name be withheld to avoid retaliation, told Caixin her husband frequently turned down gifts of money from companies hoping to “sponsor” his work.

She alleged that her husband’s opponents had used other underhanded tactics against him, including tricking her into signing a document later used to “frame” Li for rape, a conviction (link in Chinese) that brought him a three-and-a-half-year prison sentence in 2011.

Similar strategies have been employed against Zhang, according to his son, who claims Zhang was unfairly convicted of firearm possession in July after seizing several illegal hunting rifles during a volunteer patrol. He was sentenced (link in Chinese) to seven months in jail, suspended for 13 months.

“I don’t know what all this is about. He never beat up anybody and hasn’t gone out to protect the wilderness this year,” Zhang’s son said. “He’s just been at home with me every day, planting melons.”

It remains unclear why Li and his fellow campaigners were rounded up. Contacted by Caixin, the Zhongwei public security bureau said it was “not convenient to reveal” further details of the three cases but added that Li’s was “unrelated to his previous environmental protection cases.”