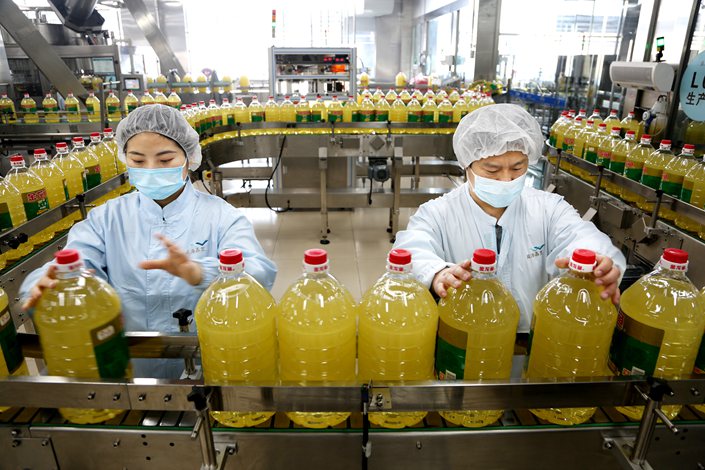 Cooking oil giant Yihai Kerry Arowana Holdings Co. Ltd. has been granted approval for an IPO on the ChiNext tech board in Shenzhen and is on track to top the bourse’s biggest flotation with a 13.87 billion yuan ($2.05 billion) price tag.

Yihai Kerry is best known for making the iconic red-and-yellow packaged Arowana cooking oil that can be found within arms’ length of woks China-wide, and for its association with the tycoon Robert Kuok, who is Malaysia’s richest man.

The listing will issue 542 million company shares, representing 10% of the total stake, according to the prospectus filed to China Securities Regulatory Commission, which says it will use the investment for edible oil and flour production, and to develop processing factories for cereals and oils.

By going public after 30 years of doing business on the Chinese mainland, the company hopes to create more investment opportunities in the world’s biggest food market, innovate products, and magnify its brand recognition, as it told Caixin last year when revealing its IPO application to securities regulators.

According to market researchers Euromonitor International, the Arowana brand, named after a Southeast Asian freshwater fish, has the largest share at 33.7% of China’s massive cooking oil market. It’s nearest rival has a 13.5% share.

As the swine fever wears off in the country’s poultry farms, the sales of feed materials have gradually recovered in the first six months, pushing profit up 88.35% to 3.01 billion yuan, more than half of last year’s annual profit of 5.41 billion yuan.

The Malaysian magnate and founder of Yihai Kerry, 96-year-old Robert Kuok, is known as “the hotel emperor” and the “Asian sugar king” for his massive stakes in food, agriculture, commodities, hotels and shipping. A corporate profile on the Yihai Kerry website describes Kuok as “a well-known patriotic overseas Chinese.”

Almost 60% of Yihai Kerry’s revenue comes from food wholesale to retailers, the restaurant industry and food processors, including cooking oil, cereals and rice, noodles and seasonings.