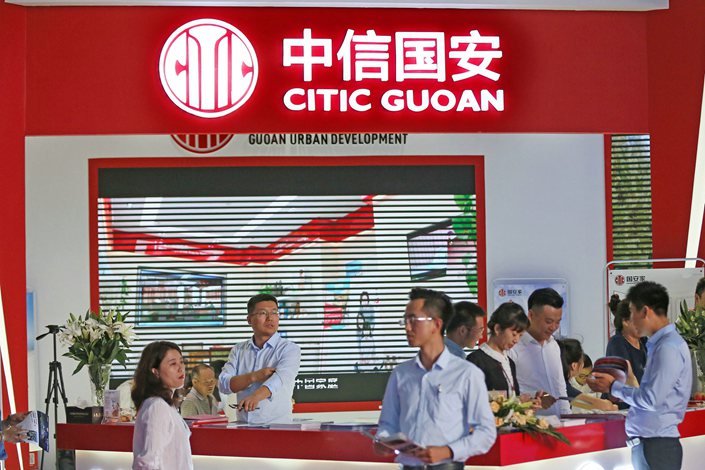 A total of 46 stakeholders, including regional cable TV operators and e-commerce giant Alibaba, have signed an agreement to formally set up Unified National Network.

A major new company that could ultimately challenge China’s wireless carriers and digital entertainment providers by pooling many of the nation’s local cable TV operators came one step closer to commercial operation this week with the signing of an agreement by its 46 new stakeholders.

The number of signatories was one less than previously disclosed by the group in a series of filings last month, as Citic Guoan Information Industry Co. Ltd. dropped out for unspecified reasons. As a holder of stakes in 17 city cable networks in seven provinces around China, Citic Guoan was expected to be an important partner in the new venture, whose name translates to Unified National Network (UNN).

It was not immediately clear why Citic Guoan dropped out, though one observer speculated the surprise move could be related to an ongoing reorganization at the company’s parent Citic Group, one of China’s top financial conglomerates. Citic Guoan’s previously intended stake in UNN will now go to China Broadcasting Network Corp. Ltd. (CBN), a company that was set up to consolidate China’s fragmented cable TV industry nearly a decade ago. CBN had originally been slated to hold a majority 51% of the company under the agreement announced last month.

Plans to consolidation of China’s various regional cable networks date back to 2012 when the country’s State Council green-lighted the formation of CBN with that specific mission. The company was officially set up in 2014, but has been confronted by continual issues since then due to the complexity of its mission. The drive to complete the consolidation has gained extra urgency recently as cable TV companies lose market share to more nimble private sector rivals like iQiyi and Youku that deliver TV over the internet and have national reach.

CBN made headlines last year when it unexpectedly received a fourth license to offer cutting-edge 5G telecom services alongside the nation’s three major wireless carriers. Last month one of those carriers, China Mobile, announced it would jointly build its 5G network with CBN, providing the latter with a way to quickly get into the capital-intensive business.

As the majority stakeholder in CBN, observers expect the company to be the driving force behind the new Unified National Network, which should be able to offer a wide range of services like home-based broadband, pay TV and 5G wireless phone and internet service. That could give the company an edge over more established rivals despite its late arrival to the telecom-based services arena.

Other stakeholders in UNN will remain unchanged from last month’s announcement. Those include stakes of nearly 10% for units of e-commerce giant Alibaba and electric grid operator State Grid Corp. of China, which will each contribute 10 billion yuan ($1.5 billion) to help capitalize the new company.

The new company’s other major stakeholders will be regional cable TV operators, which will supply their cable TV assets in exchange for shares. Among those Guangdong’s network operator will receive 6.15% of UNN, and Beijing’s will get 3.85%. UNN will have registered capital of 101.2 billion yuan and its board will have 11 members, according to last month’s announcement.

Several sources told Caixin in February that multiple broadcast-related government agencies were giving an extra push to create the new company that would finally consolidate the nation’s fragmented cable TV producers into a single company that would also offer 5G services. One of the trickiest issues had been determining what stake of the new company to give each provider of regional network assets. As part of the arrangement with the new company, the regional network operators will be able to offer local 5G services using CBN’s 5G license.