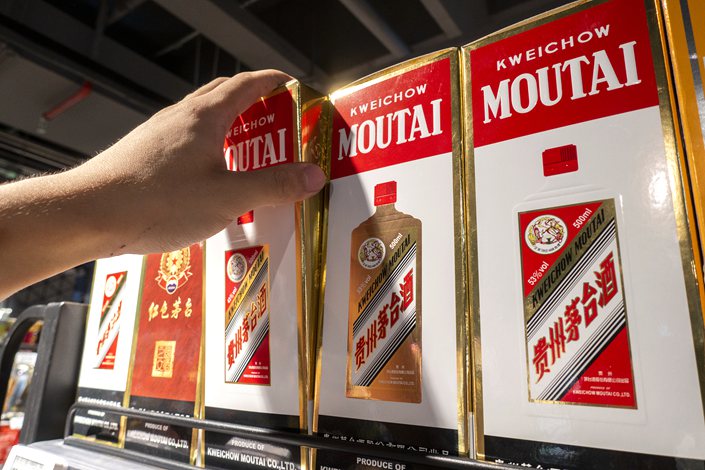 The parent of the Chinese mainland’s most valuable listed company, liquor-maker Kweichou Moutai Co. Ltd., plans to issue up to 15 billion yuan ($2.2 billion) in bonds to help another local government-owned company in debt-ridden Guizhou province repay its debts.

The Shanghai Stock Exchange has accepted the application for the bond issuance, which is pending regulatory approval, according to a prospectus (link in Chinese) filed Wednesday to the bourse.

Founded in 1993, Guizhou Expressway is one of the largest highway operators in the province. The company plunged into the red in the first half of this year, intensifying pressure on it to reduce its debt.

As of the end of June, the company had total liabilities of 289.4 billion yuan, with a liability-to-asset ratio of about 70%, according to the prospectus.

Kweichou Moutai has recently taken a series of measures to help the Guizhou government with its debt. The company’s board of directors has given one of its subsidiaries the go-ahead to spend the equivalent of up to 70% of its total capital on bonds and other types of fixed-income securities, according to a Tuesday filing (link in Chinese).

Guizhou is one of China’s poorest provinces, and the market has been keeping a close eye on its climbing debt levels. Industry experts have warned of mounting risks as several of its cities have reported delayed repayments on nonstandard debt products like trust loans.

At the end of 2019, the provincial government had repayment obligations on 967.3 billion yuan of outstanding debt, the seventh largest among the mainland’s 31 provincial-level regions, according to a report (link in Chinese) from securities brokerage Guotai Junan Securities Co. Ltd. The debt overhang was equal to 146.3% of the provincial government’s overall fiscal capacity, ranking at the top and far exceeding the 100% red line set by the Ministry of Finance.